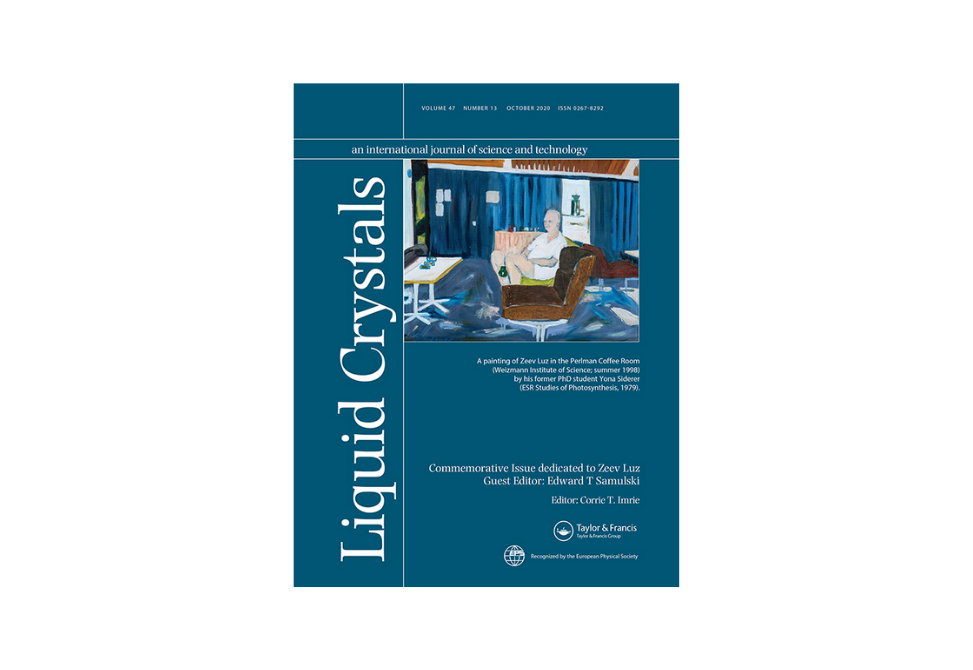 In this Commemorative Issue of Liquid Crystals, former collaborators and contemporaries express their admiration of Zeev Luz’s legacy with an array of invited articles spanning a range of topics at the intersection of magnetic resonance with ordered fluid phases. Spiess illustrates how the early work of Luz on discotic liquid crystals permeates the organization of columnar phases and that, in turn, influences the applications of this unique building block for soft matter15. Lesot uses 2D NMR in conjunction with chiral liquid crystal solvents to determine the natural abundance distribution of deuterium in fatty acids16. Dong employs a variety of NMR techniques to explore anisotropy stemming from confinement in chiral nematic mesoporous silica films17. Meirovitch and Freed consider the implications of anisotropic motion for magnetic resonance in a general context that includes a range of systems from liquid crystals to proteins18. Jokisaari exploits second-order quadrupole chemical shifts of noble gas solute probes to distinguish uniaxial and biaxial phases19. Burnell, de Lange and Dong return to a problem explored in detail by Luz using 2H NMR —ring inversion—showing that the evolution of the complex dipolar coupled 1H NMR spectra of cyclohexane can also be analyzed20. Dvinskikh shows that pulse-gradient NMR can be applied to determine the anisotropy of self-diffusion of ions in ionic liquid crystals21. Harkins and collaborators report evidence of biaxiality in new oxadiazole-based liquid crystals using X-ray diffraction22. Bubnov and coworkers apply 2H NMR and scattering techniques to characterize the twist grain boundary (TGB) and SmC* phases in the context of ferroelectric liquid crystals23. Vita and collaborators use X-ray diffraction and NMR to understand the nature of the nematic order in melts of liquid crystal thermosets, precursors to high performance polymeric materials24. Madsen and colleagues perform of a combination of MD simulations and 2H NMR to contrast the behavior of the prototypical rodlike liquid crystal p-quinquephenyl with theories of the N-I transition25. Di Pietro and colleagues explain how residual proton dipolar interactions for structural determination of biological macromolecules is amenable to the new method of molecular dynamics using orientational tensorial constraints26. Heist et al. uses probe solutes to corroborate that the twisted polar nematic (NPT) is the correct description of the lower temperature nematic phase exhibited cyanobiphenyl dimer liquid crystals27, while Ferrarini and coworkers continue to rationalize their NMR observations in that same nematic phase in terms of the twist bend nematic (NTB)28. Samulski, Vanakaras and Photinos review Meyer’s original proposition of the NTB 29 and contrast it with the NPT 30 and conclude that the former NTB designation has been mistakenly applied to the lower temperature nematic phase of cyanobiphenyl dimer liquid crystals. The Editor, for the reasons given at the end of this issue in an Editorial Statement31, invited Dozov and Luckhurst to comment on the Samulski-Vanakaras-Photinos article and moreover, specified that their Comment32 be published concurrently. Samulski, Vanakaras and Photinos were invited to respond but their Response33 was rejected. We hope that Zeev Luz will contribute his adjudicating wisdom from the beyond.