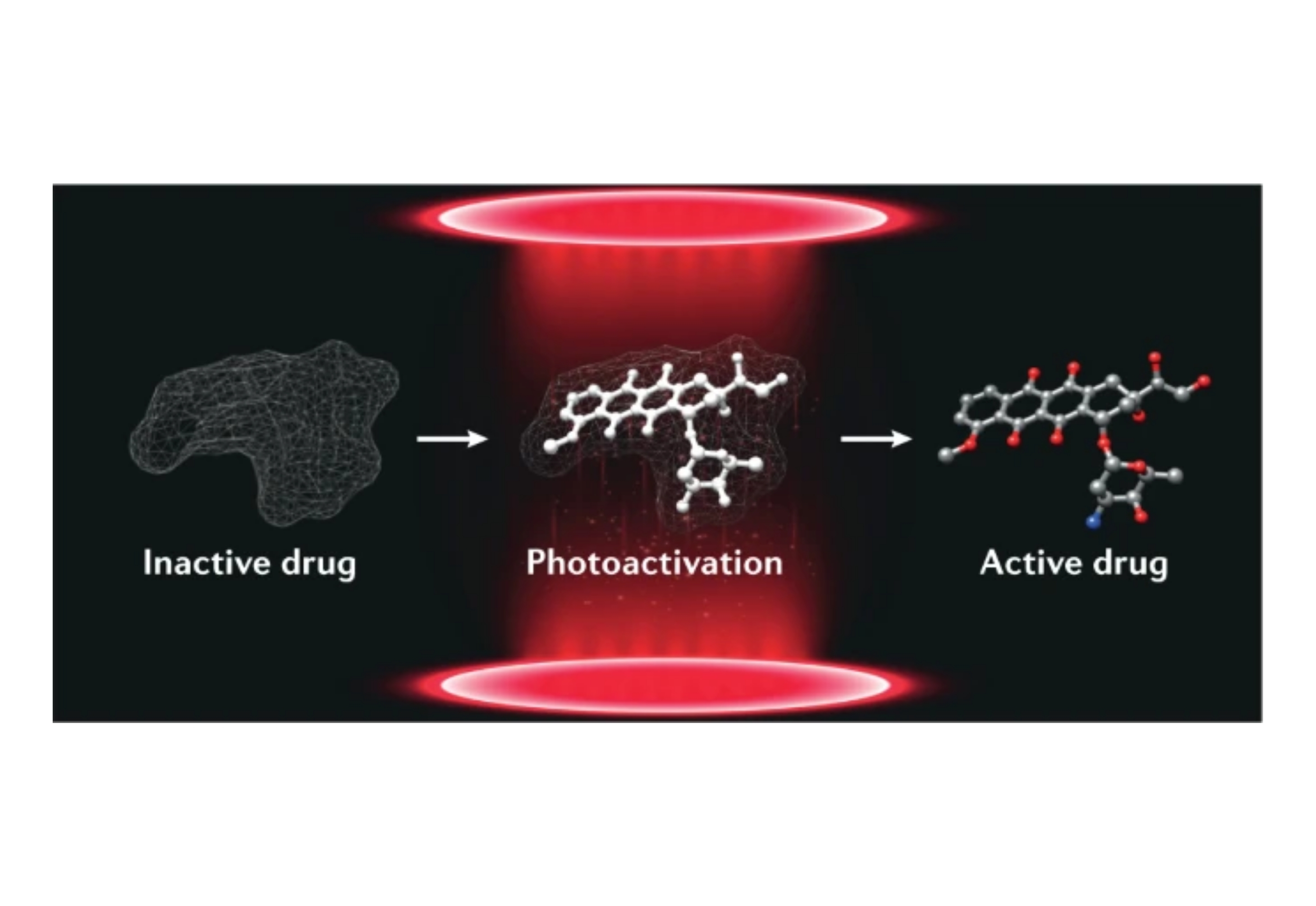 More than four decades have passed since the first example of a light-activated (caged) compound was described. In the intervening years, a large number of light-responsive derivatives have been reported, several of which have found utility under a variety of in vitro conditions using cells and tissues. Light-triggered bioactivity furnishes spatial and temporal control, and offers the possibility of precision dosing and orthogonal communication with different biomolecules. These inherent attributes of light have been advocated as advantageous for the delivery and/or activation of drugs at diseased sites for a variety of indications. However, the tissue penetrance of light is profoundly wavelength-dependent. Only recently have phototherapeutics that are photoresponsive in the optical window of tissue (600–900 nm) been described. This Review highlights these recent discoveries, along with their limitations and clinical opportunities. In addition, we describe preliminary in vivo studies of prospective phototherapeutics, with an emphasis on the path that remains to be navigated in order to translate light-activated drugs into clinically useful therapeutics. Finally, the unique attributes of phototherapeutics is highlighted by discussing several potential disease applications.