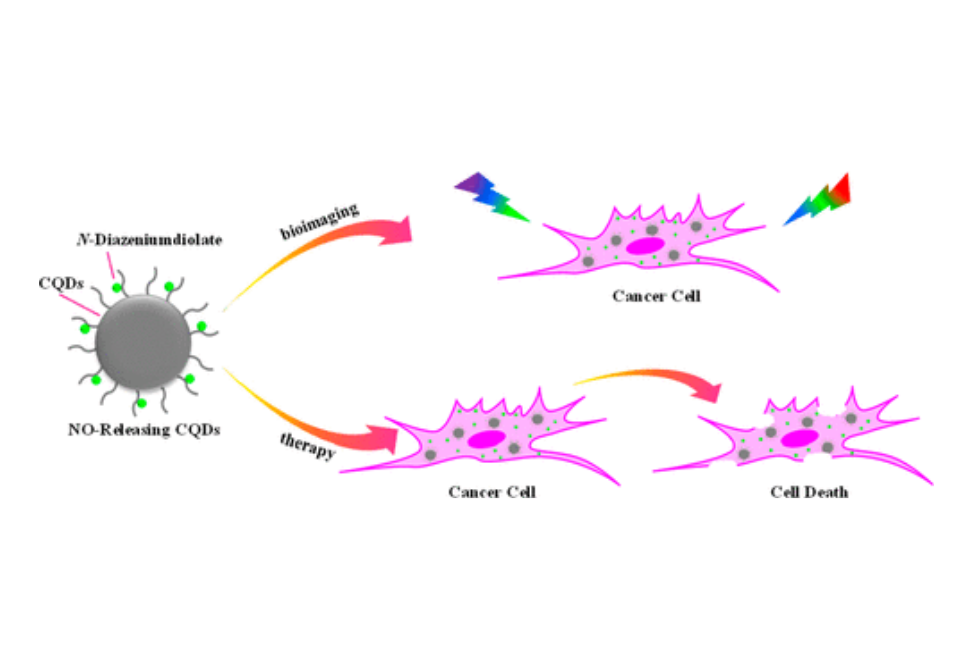 The synthesis and anticancer cell activity of nitric oxide (NO)-releasing carbon quantum dots (CQDs) are described as potential theranostics. A series of secondary amine-modified CQDs were prepared using a hydrothermal method to modify β-cyclodextrin with hydroxyl and primary amine terminal functional groups. Subsequent reaction of the CQDs with NO gas under alkaline conditions yielded N-diazeniumdiolate NO donor-modified CQDs with adjustable NO payloads (0.2–1.1 μmol/mg) and release kinetics (half-lives from 29 to 79 min) depending on the level of secondary amines and surface functional groups. The anticancer activity of the NO-releasing CQDs against Pa14c, A549, and SW480 cancer cell lines proved to be dependent on both NO payloads and surface functionalizations. Primary amine-modified CQDs with NO payloads ∼1.11 μmol/mg exhibited the greatest anticancer action. A fluorescence microscopy study demonstrated the utility of these NO-releasing CQDs as dual NO-releasing and bioimaging probes.