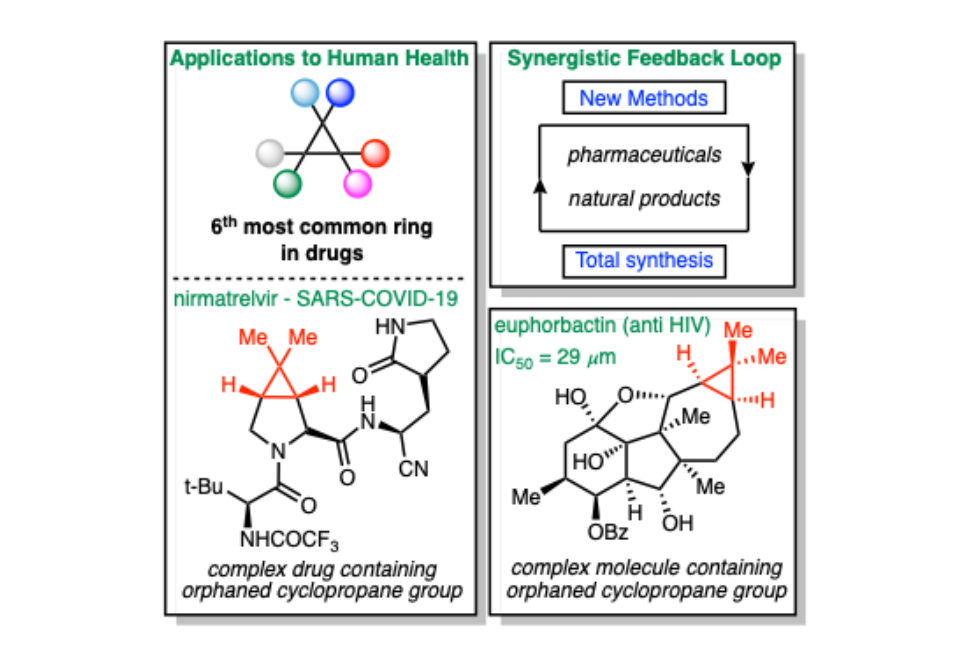 Some Items of Interest to Process R&D Chemists and Engineers: Efficient Synthesis of Orphaned Cyclopropanes using Sulfones as Carbene Equivalents

Cyclopropanes are strained carbon rings that have captivated chemists due to their myriad applications that have advanced our understanding of human health. In the context of medicines, the cyclopropyl fragment is found in nirmatrelvir, the active pharmaceutical ingredient in Paxlovid, used to treat SARS-COVID-19. Unfortunately, there is a critical gap in our knowledge regarding methods to build cyclopropanes that are structurally analogous to those found in nirmatrelvir. We have named these cyclopropanes that arise from the transfer of an unstabilized or destabilized carbene intermediate to weakly activated or unactivated olefins “orphaned” cyclopropanes, because they have been left behind by the state-of-the-art catalytic carbene transfer methods.

Recently the Wilkreson-Hill research group reported a method that addresses this problem using sulfones as masked carbenes. By using the geometric distortion present in sulfone anions, researchers showed that these intermediates are capable of reacting with less activated olefins and lend access to orphaned cyclopropanes. This work is impactful because it now allows for systematic structure activity relationship studies on orphaned cyclopropanes for drug development and agrochemistry applications. This work has been highlighted twice in the last two months in Organic Process Research and Development, a premier journal for researchers in the chemical industry, underscoring the impact of this new approach.

Some Items of Interest to Process R&D Chemists and Engineers