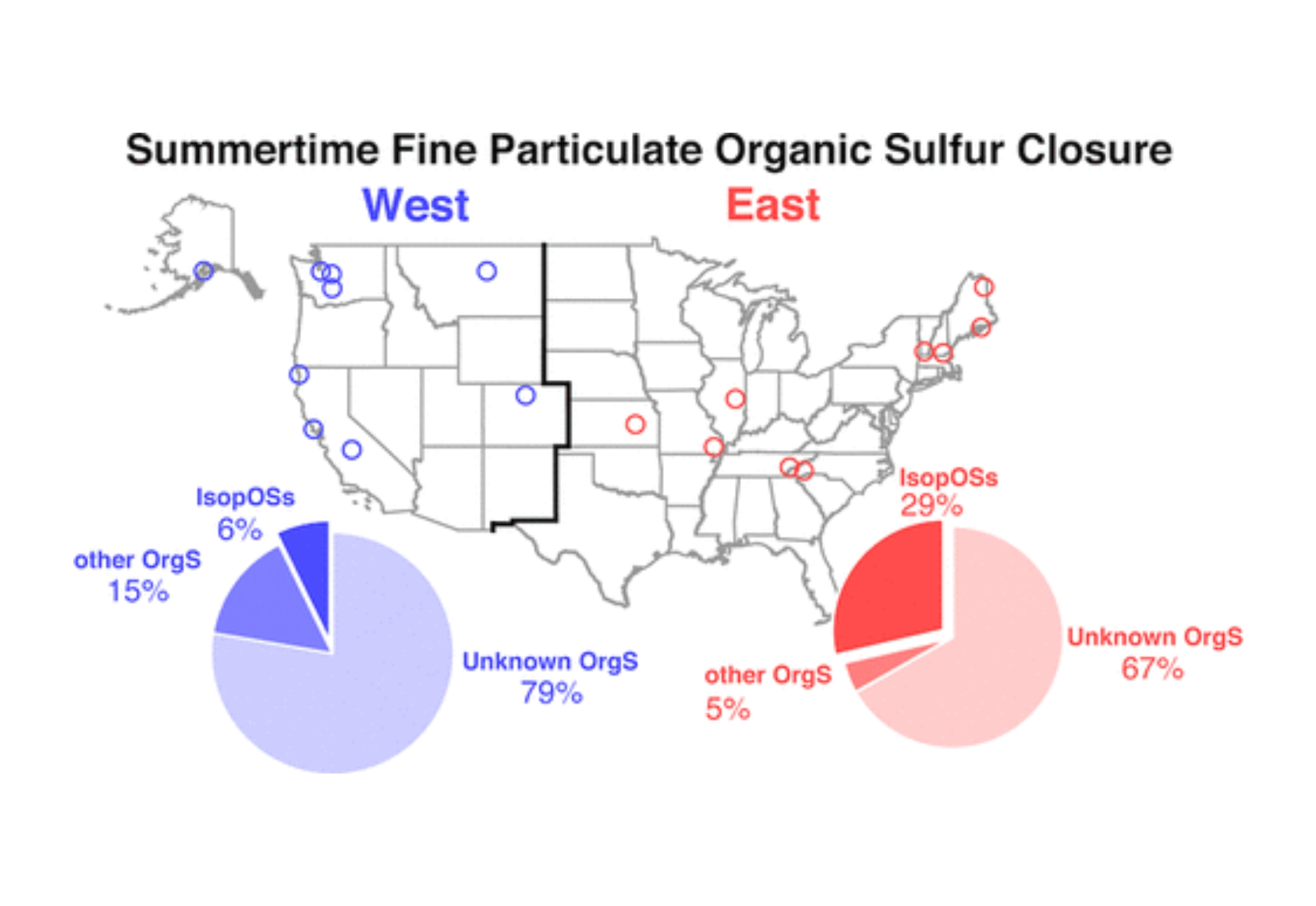 Organosulfates (OSs) are the most abundant class of organosulfur (OrgS) compounds in atmospheric fine particulate matter (PM2.5). Globally, isoprene-derived OSs (iOSs) are the most abundantly reported OSs; however, total sulfur mass closure in PM2.5 has not been conducted at the molecular level in order to understand how iOS contributions vary by season and by location in the United States (U.S.). In this work, iOSs were quantitively characterized in PM2.5 collected from 20 ground sites within the Interagency Monitoring of Protected Visual Environments (IMPROVE) network during the 2016 summer and winter seasons. Total water-soluble sulfur (TWS-S) and sulfur from inorganic sulfate (Sinorg) were also chemically determined, with the imbalance between TWS-S and Sinorg used as an upper-bound estimate of water-soluble OrgS concentrations. Significantly higher fine particulate OrgS concentrations (∼20% of TWS-S) were observed at most sites only in summer, coincident with elevated iOS concentrations in the eastern U.S. On average, iOSs (130 ng m–3) explained 29 and 4% by mass of OrgS and of organic matter (OM), respectively, in the eastern U.S. In the western U.S., iOSs (11 ng m–3, on average) accounted for 6 and 0.5% by mass of OrgS and OM, respectively. In winter, iOSs were hardly detected, consistent with reduced isoprene emissions. Our study shows that ∼70 and 80% of OrgS mass in the eastern U.S. and western U.S., respectively, remain unexplained at the molecular level. This study provides critical insights into the abundance, prevalence, and spatial variability of fine particulate iOSs across the U.S.