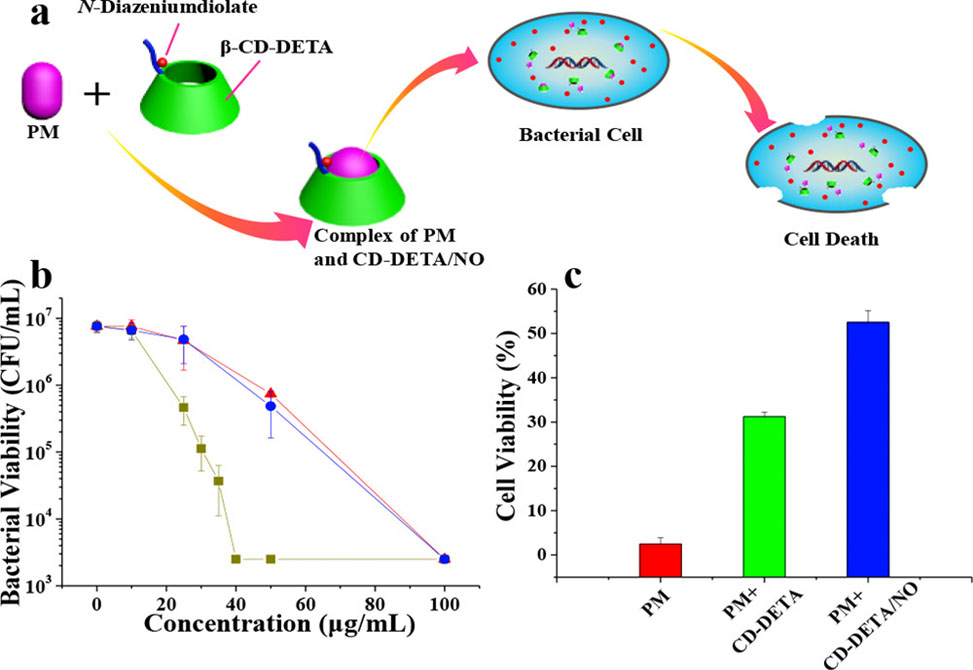 Adjustable NO payloads, 0.6–2.4 μmol/mg, and release half-lives, 0.7–4.2 h, were achieved by regulating both the amount of secondary amine precursors and the functional groups around the NO donors. The bactericidal action of these NO-releasing cyclodextrin derivatives was evaluated against Pseudomonas aeruginosa, a Gram-negative pathogen, with antibacterial activity proving dependent on both the NO payload and exterior modification.

Materials containing a high density of NO donors or primary amines exhibited the greatest ability to eradicate P. aeruginosa. Of the materials prepared, only the primary amine-terminated heptasubstituted CD derivatives exhibited toxicity against mammalian L929 mouse fibroblast cells. The NO donor-modified CD was also capable of delivering promethazine, a hydrophobic drug, thus demonstrating potential as a dual-drug-releasing therapeutic. This combined action of NO and promethazine via PM/CD-DETA/NO demonstrates for the first time the potential of codelivering NO with another drug from the same complex.