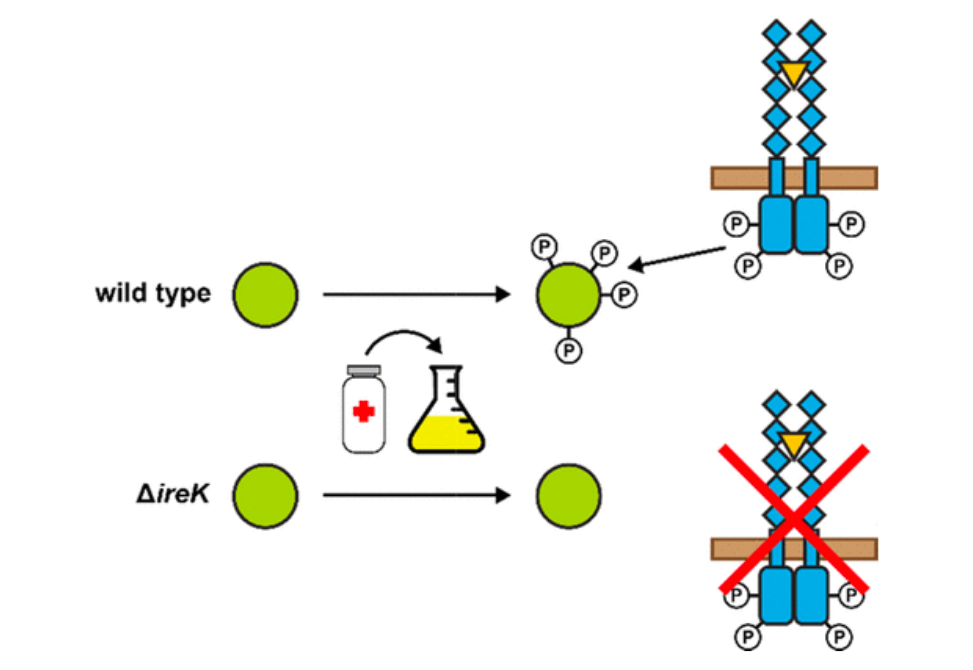 Abstract
Enterococcus faecalis is a Gram-positive bacterium that is a major cause of hospital-acquired infections due, in part, to its intrinsic resistance to cell wall-active antimicrobials. One critical determinant of this resistance is the transmembrane kinase IreK, which belongs to the penicillin-binding protein and serine/threonine kinase-associated kinase family of bacterial signaling proteins involved with the regulation of cell wall homeostasis. The activity of IreK is enhanced in response to cell wall stress, but direct substrates of IreK phosphorylation, leading to antimicrobial resistance, are largely unknown. To better understand stress-modulated phosphorylation events contributing to antimicrobial resistance, wild type E. faecalis cells treated with cell wall-active antimicrobials, chlorhexidine or ceftriaxone, were examined via phosphoproteomics. Among the most prominent changes was increased phosphorylation of divisome components after both treatments, suggesting that E. faecalis modulates cell division in response to cell wall stress. Phosphorylation mediated by IreK was then determined via a similar analysis with a E. faecalis ΔireK mutant strain, revealing potential IreK substrates involved with the regulation of peptidoglycan biosynthesis and within the E. faecalis CroS/R two-component system, another signal transduction pathway that promotes antimicrobial resistance. These results reveal critical insights into the biological functions of IreK.