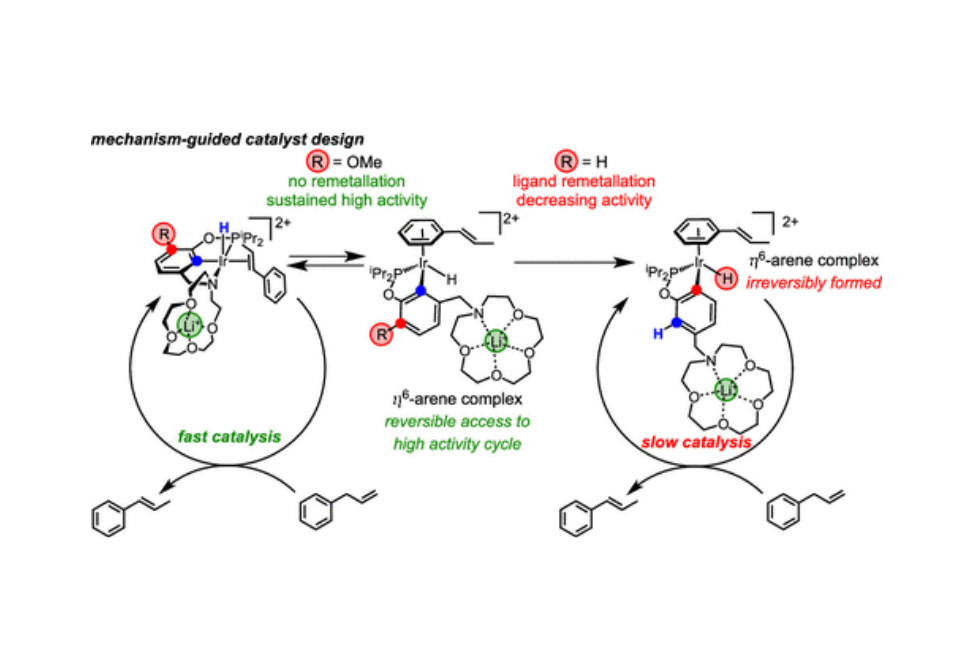 Hemilabile ligands are found in many leading organometallic catalysts, but it can be challenging to tune the degree of hemilability in a particular catalyst. This work explores the impact of cation-tunable hemilability on the speciation of iridium(III) pincer-crown ether catalysts during high-activity olefin isomerization. Under conditions where strong cation–macrocycle interactions are fostered and terminal olefin has been consumed, labilization of the aza-crown ether group leads to an η6-arene complex, wherein the pincer ligand is metallated at a different position. Arene complexes of styrene, naphthalene, and mesitylene were independently synthesized and found to exhibit diminished catalytic activity for allylbenzene isomerization. In response to these findings, a previously unreported catalyst bearing a synthetically modified pincer ligand was designed, resulting in a refined system that maintains high activity even when arene complexes are formed.