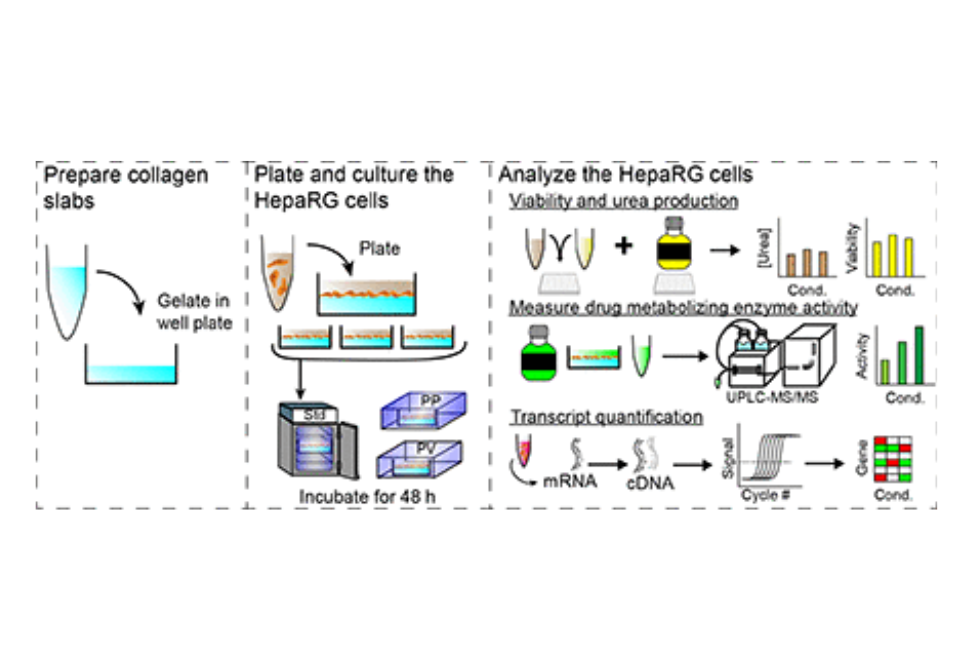 The cellular microenvironment plays an important role in liver zonation, the spatial distribution of metabolic tasks among hepatocytes lining the sinusoid. Standard tissue culture practices provide an excess of oxygen and a lack of signaling molecules typically found in the liver. We hypothesized that incorporating physiologically relevant environments would promote postdifferentiation patterning of hepatocytes and result in zonal-like characteristics. To test this hypothesis, we evaluated the transcriptional regulation and activity of drug-metabolizing enzymes in HepaRG cells exposed to three different oxygen tensions, in the presence or absence of Wnt/β-catenin signaling. The drug-metabolizing activity of cells exposed to representative periportal (11% O2) or perivenous (5% O2) oxygen tensions were significantly less than cells exposed to ambient oxygen. A comparison of cytochrome P450 (P450) 1A2, 2D6, and 3A4 activity at periportal and perivenous oxygen tensions showed significant increases at the lower oxygen tension. The activation of the Wnt/β-catenin pathway only modestly impacted P450 activity at perivenous oxygen tension, despite a significant increase in P450 expression under this condition. Our results suggest oxygen tension is the major contributor to zonal patterning in HepaRG cells, with the Wnt/β-catenin signaling pathway playing a lesser albeit important role. Our datasets also highlight the importance of including activity-based assays, as transcript data alone do not provide an accurate picture of metabolic competence.