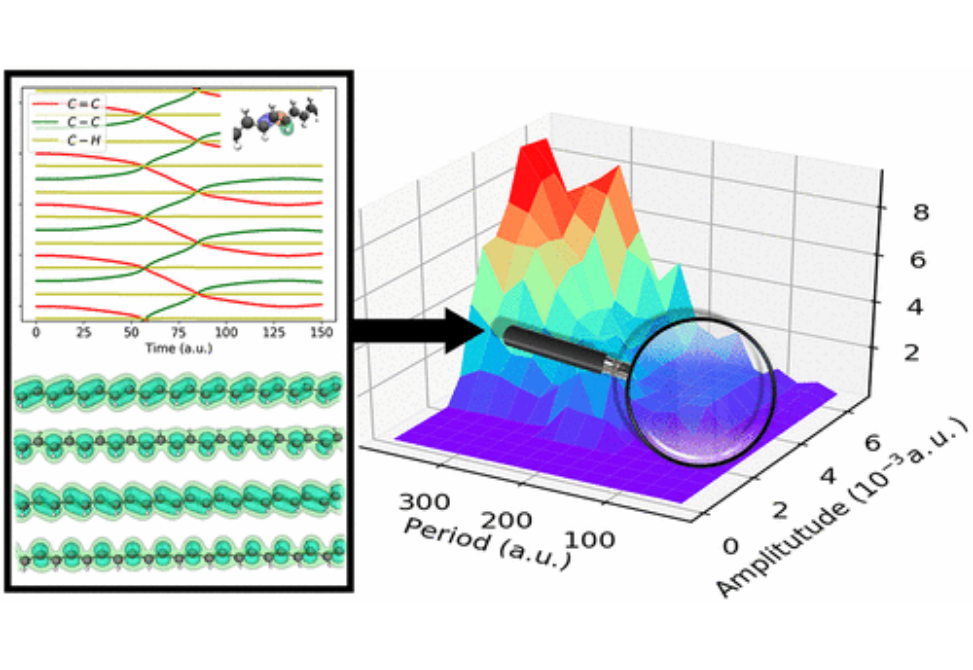 We demonstrate nonadiabatic Thouless pumping of electrons in trans-polyacetylene in the framework of Floquet engineering using first-principles theory. We identify the regimes in which the quantized pump is operative with respect to the driving electric field for a time-dependent Hamiltonian. By employing the time-dependent maximally localized Wannier functions in real-time time-dependent density functional theory simulation, we connect the winding number, a topological invariant, to a molecular-level understanding of the quantized pumping. While the pumping dynamics constitutes the opposing movement of the Wannier functions that represent both double and single bonds, the resulting current is unidirectional due to the greater number of double-bond electrons. Using a gauge-invariant formulation called dynamical transition orbitals, an alternative viewpoint on the nonequilibrium dynamics is obtained in terms of the particle-hole excitation. A single time-dependent transition orbital is found to be largely responsible for the observed quantized pumping. In this representation, the pumping dynamics manifests itself in the dynamics of this single orbital as it undergoes changes from its π bonding orbital character at equilibrium to acquiring resonance and antibonding character in the driving cycle. The work demonstrates the Floquet engineering of the nonadiabatic topological state in an extended molecular system, paving the way for experimental realization of the new quantum material phase.