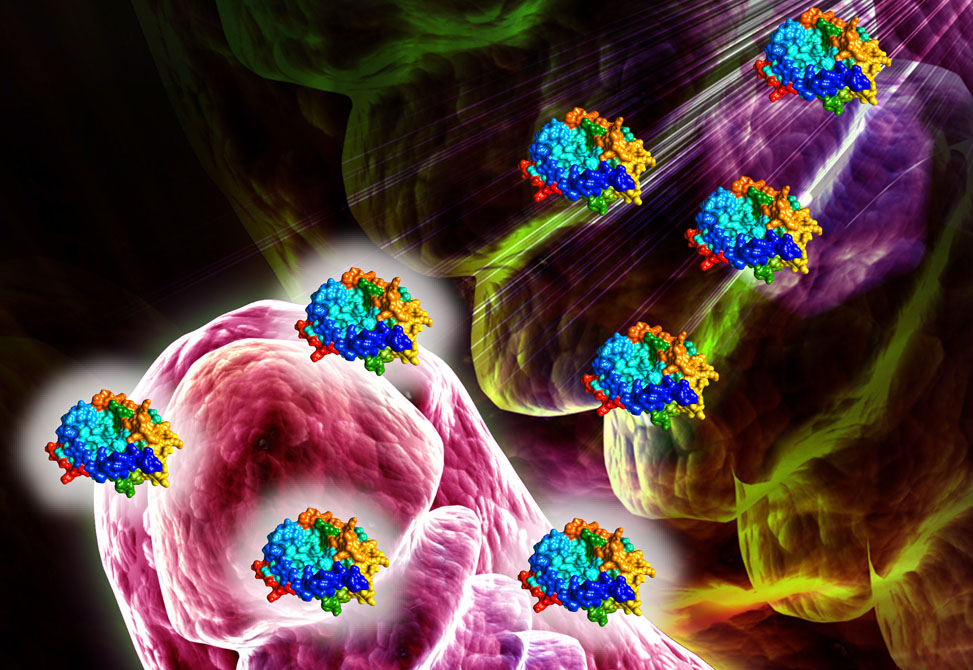 The Lawrence Group, as published in Cell Chemical Biology, has developed a light-activated version of an enzyme that has been implicated in cell metabolism, in movement, and in the decision to live or die.

This enzyme, known as PKA, is sequestered at specific subcellular locations throughout the cell, thereby resulting in compartmentalized signaling that triggers distinct behavioral patterns. However, until now, it has been impossible to specifically activate PKA at each of these distinct sites to observe the associated behavior.

The engineered enzyme is designed to migrate from the cytoplasm to specified intracellular locations upon illumination. Furthermore, researchers in the Lawrence Group constructed spatially segregated reporters of PKA activity and confirmed that the photoresponsive PKA is enzymatically active following migration.

The ability to trigger enzymatic activity in a spatially-focused, temporally-resolved fashion, offers the means, using light, to control specific behaviors of a single cell, a group of cells, or even an entire organism.