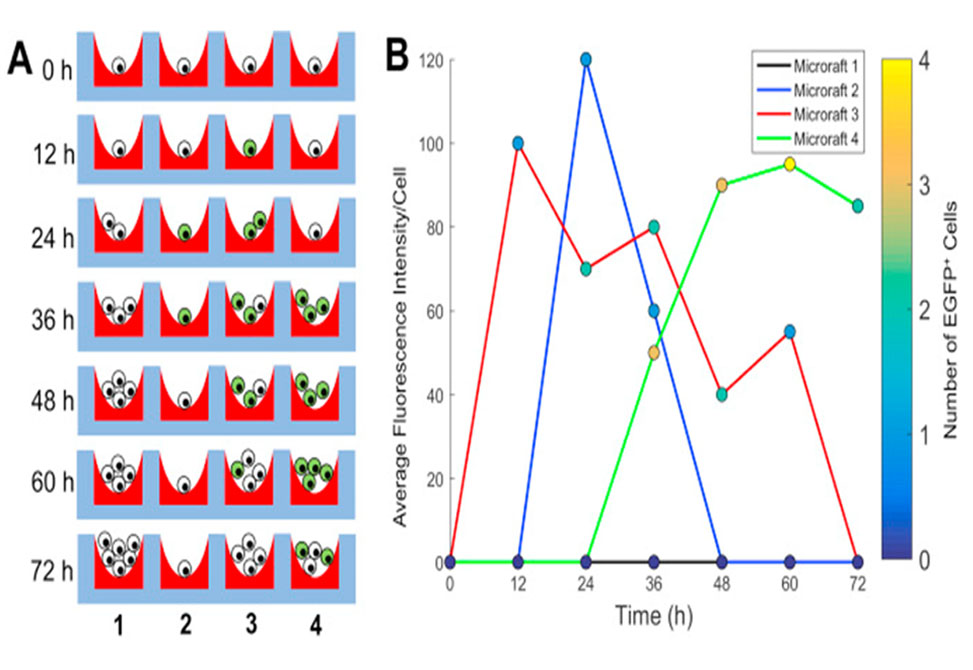 Microraft arrays have been used to screen and then isolate adherent and non-adherent cells with very high efficiency and excellent viability. However, manual screening and isolation limits the throughput and utility of the technology. In an article published in Biosensors and Bioelectronics, researchers from the Allbritton Group describe how novel hardware and software were developed to automate the microraft array platform.

The automated system was used to examine the temporal variation in EGFP expression in cells transfected with CRISPR-Cas9 components for gene editing. Of 11,499 microrafts possessing a single cell, 220 microrafts were identified as possessing temporally varying EGFP-expression. Candidate cells (n=172) were released and collected from the microraft array and screened for the targeted gene mutation. Two cell colonies were successfully gene edited demonstrating the desired mutation.