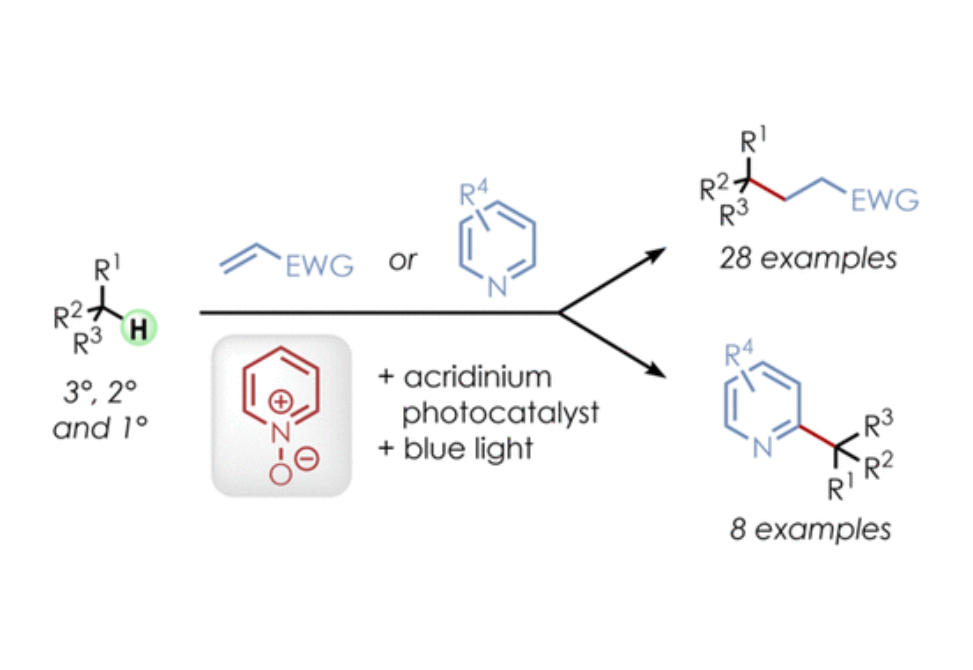 The alkylation and heteroarylation of unactivated tertiary, secondary, and primary C(sp3)–H bonds was achieved by employing an acridinium photoredox catalyst along with readily available pyridine N-oxides as hydrogen atom transfer (HAT) precursors under visible light. Oxygen-centered radicals, generated by single-electron oxidation of the N-oxides, are the proposed key intermediates whose reactivity can be easily modified by structural adjustments. A broad range of aliphatic C–H substrates with electron-donating or -withdrawing groups as well as various olefinic radical acceptors and heteroarenes were well tolerated.