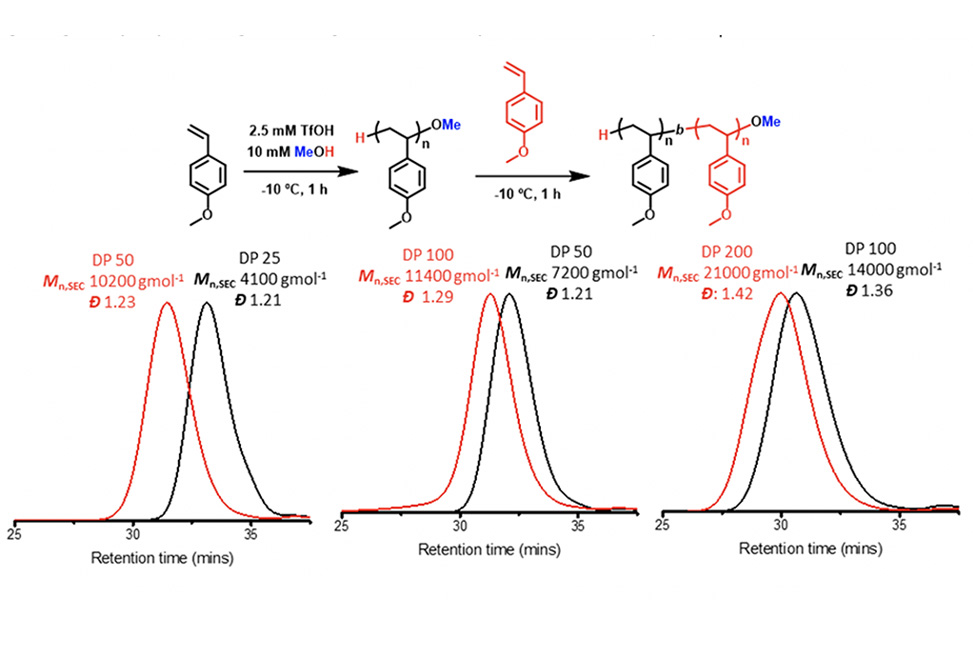 In new work, published in the journal Polymer Chemistry, earlier work was further investigated to elucidate the mechanism of the polymerization using triflic acid as the initiator. The polymerization was observed to go through a Reversible Addition-Fragmentation chain Transfer, RAFT, like mechanism as the polymerization initially occurred through uncontrolled free cationic polymerization, Ð > 2.5, during a brief induction period before proceeding through rapid pseudo-first order rate kinetics and narrowing of the molecular weight distribution, Ð > 1.3.

This method was found to be applicable for styrenic monomers bearing an electron donating alkoxy group substituent. Livingness of the methanol-controlled polymerization was demonstrated by sequential chain extension. Currently on-going work is investigating the properties governing the reactivity of CTA in this system.