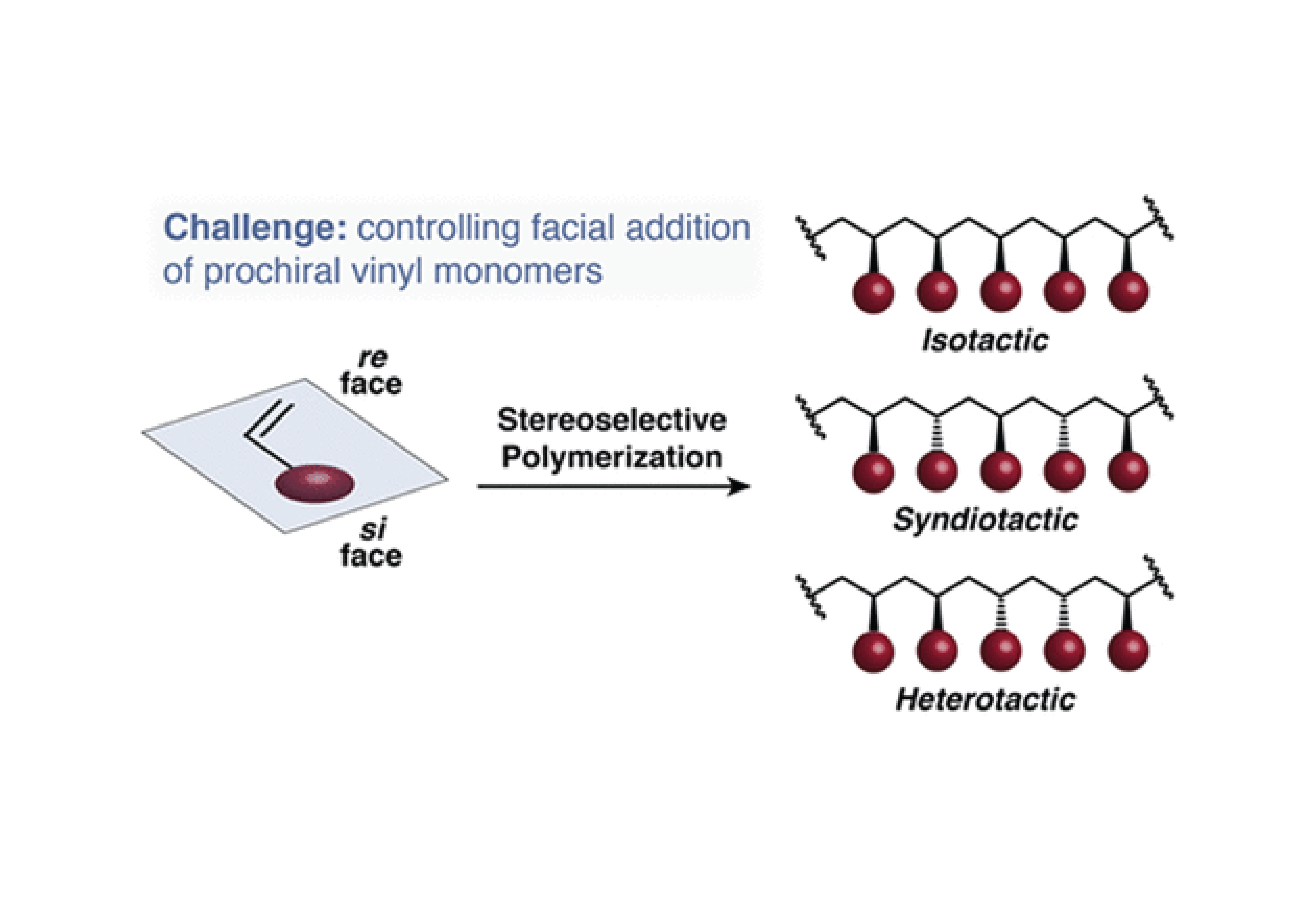 100th Anniversary of Macromolecular Science Viewpoint: The Past, Present, and Future of Stereocontrolled Vinyl Polymerization

The thermomechanical properties exhibited by synthetic macromolecules can be directly linked to their tacticity, or the relative stereochemistry of repeat units. The development of stereoselective coordination–insertion polymerization, for example, led to the discovery of isotactic polypropylene, now one of the most widely produced commodity plastics in the world. Widespread interest in controlling polymer tacticity has led to a variety of stereoselective polymerization methodologies; however, this area of polymer science has lagged behind when compared to the ability to control molecular weight, dispersity, and composition. Despite decades of advancements, many stereoregular vinyl polymers remain unknown, particularly those comprised of polar functionality or derived from renewable resources. This Viewpoint provides an overview of recent developments in stereocontrolled polymerization, with an emphasis on propagation mechanism, and highlights successes, limitations, and future challenges for continued innovation.