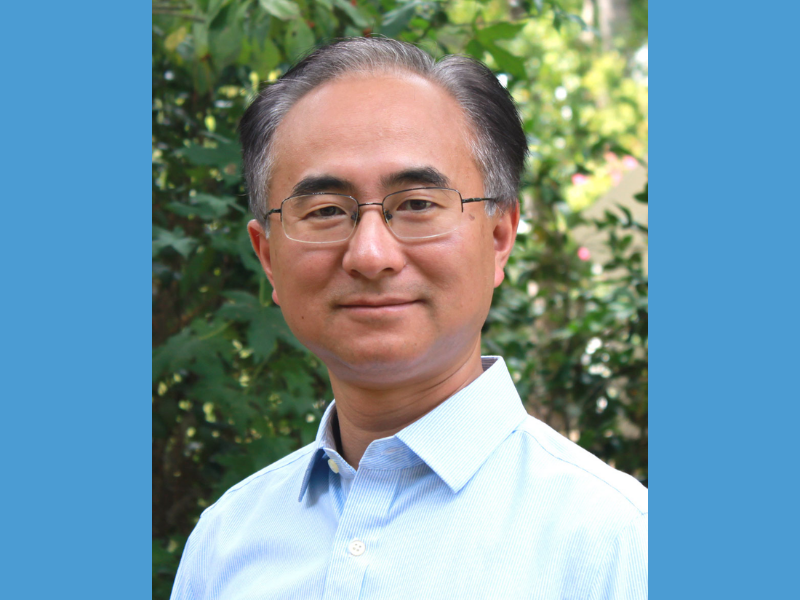 Wei You is principal investigator on a Department of Defense MURI award to develop organic semiconductors for the next generation of electronics.

The University of North Carolina at Chapel Hill leads a group of four universities awarded $7.5 million from the U.S. Department of Defense to develop organic semiconductors for the next generation of electronics.

Wei You, professor and chair of the department of chemistry in UNC’s College of Arts & Sciences, will collaborate with Harald Ade, Aram Amassian and Franky So of North Carolina State University, David Ginger and Xiaosong Li of the University of Washington and Baskar Ganapathysubramanian at Iowa State on the project supported by a five-year Multidisciplinary University Research Initiative (MURI) award.

Their work could improve the portable power, energy efficiency and durability of screens and information display devices used in both the cockpit and the field.

Semiconductors, or microchips, are typically made from silicon and they serve as the brain of modern electronics. Without them there would be no smartphones, radios, televisions, computers, video games or advanced medical diagnostic equipment. However, the intrinsic limits of current semiconductors (typically inorganic materials) has driven the need for fundamental advances in future semiconductor development.

The Carolina-led team of chemists, physicists and engineers has assembled to set new directions in a specific class of semiconductors called organic semiconductors or “plastic electronics.”

Enhanced functionality and ability of organic semiconductors – like the organic light-emitting diode TVs in many homes – are the result of a process called molecular doping.

It plays an important and growing role in organic electronics, ranging from OLED TVs and organic solar cells to thermoelectronics and bioelectronics like pacemakers, and will be a main focus of the project.

“Achieving new advances in this critical class of materials requires collaboration and new thinking,” said You, the principal investigator. “Our work will transform the field by providing comprehensive, in-depth knowledge of doping mechanism and its effects on charge carrier density and mobility.”

This MURI project brings together researchers whose efforts intersect more than one traditional science and engineering discipline. The team will employ new research methods using robotics and machine learning to better predict and understand the chemistry involving semiconductor enhancements.

The MURI award was made possible through a strong collaboration facilitated by Ralph House, associate chair of research in chemistry at UNC, and Leigh Ann Samsa in the Office of Research Development at UNC, You said.

“This cross-fertilization of ideas can accelerate research progress to enable more rapid R&D breakthroughs and hasten the transition of basic research findings to practical application,” said Bindu Nair, director, Basic Research Office, Office of the Undersecretary of Defense for Research and Engineering, in the DoD announcement.

The Carolina-led project is titled “Next Generation Molecular Dopants for Organic Electronics: From Fundamentals to New Device Concepts.”