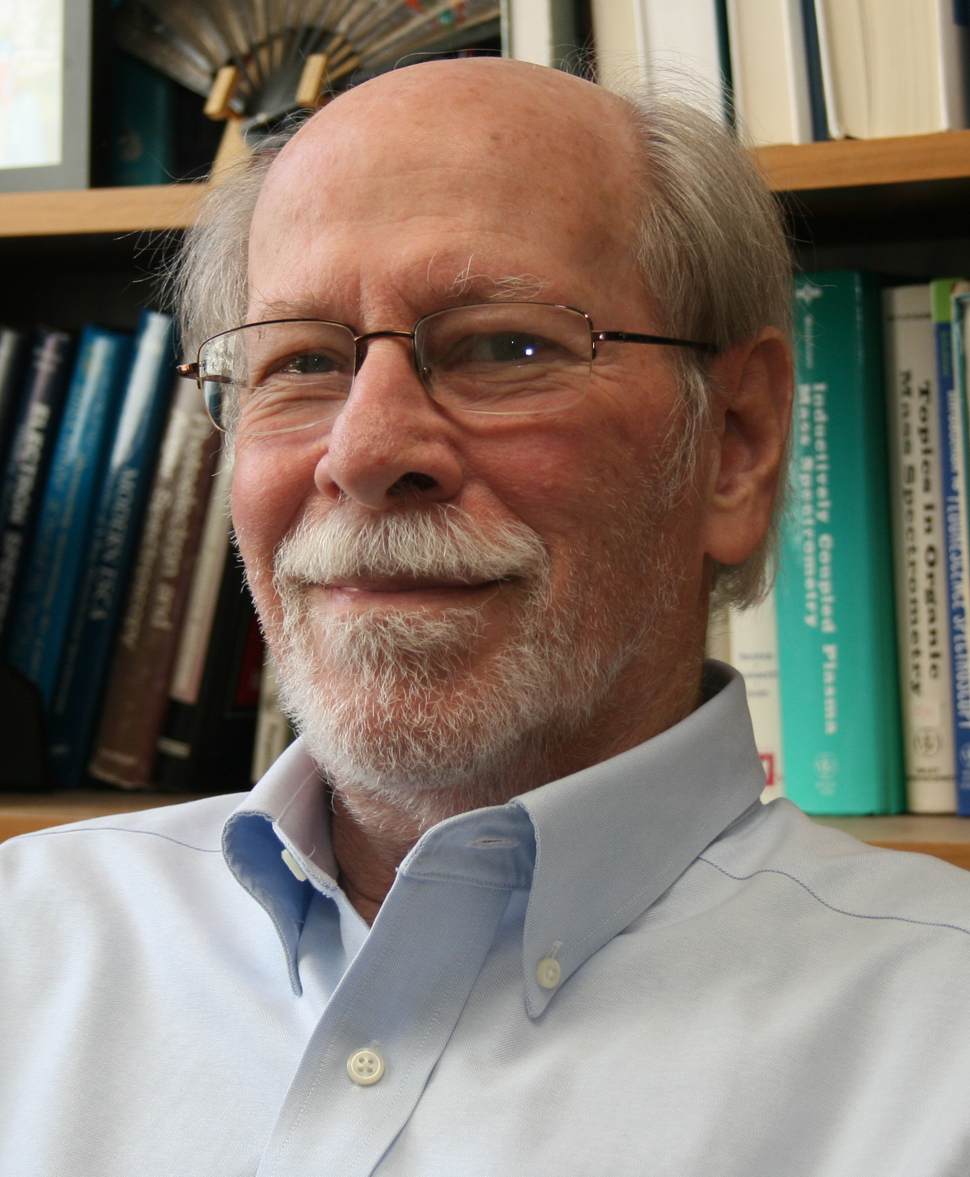 Students, colleagues, family, and friends are mourning the loss and celebrating the life of Professor Emeritus Royce W. Murray. Dr. Murray passed away on July 6, 2022 at Carolina Meadows at the age of 85. A giant in the field of electrochemistry, Dr. Murray believed that knowledge and science should be a priority in all decisions, and he did his best to make it so, from chairing the Chemistry Department to heading building planning committees. Many at UNC and beyond remember him with his ever-present stack of papers, often a result of his 21-year span as the Editor-in-Chief of Analytical Chemistry, and his 57-year membership on the Chemistry Department faculty. His achievements and accomplishments have been well covered before and since his passing in all sorts of publications, and his work continues to be seminal in his field.

Still, the memories being shared around the department since his passing are closer, more down-to-earth moments than what his legacy might first suggest. Dr. Leslie Hicks recalled “sushi Fridays” with delight and fondness, while several members of the department related the painstaking time and effort he spent preparing for each class he taught. Each class deserved his full attention and best effort, and he always strove to provide it.

Over and over, stories of Dr. Murray speak to his continuing support for anyone and everyone who asked him for help. He did not see barriers between faculty and students; Dr. Ed Samulski recalled that during his “first visit to UNC; Royce took [him] to dinner at the Omni Europa. At the time [Dr. Samulski] thought it was curious that the senior analytical chemist at Carolina would be [his] dinner host” while Dr. Robert Bruce a former Ph.D student under Dr. Wei You, remembers “[Dr. Murray’s] kindness toward those knocking on his door… amidst the intimidation [of having Dr. Murray on his doctoral prelim exam committee, Dr. Bruce] still remember[s] … gratefulness for the time and expertise [Dr. Murray] shared.”

At the same time, he pulled no punches with his support. Dr. Mary Beth Williams, who wanted to impress him as a first-year graduate student, remembers her first graded exam as having “a mediocre grade…. On the last page, Royce had written, ‘Adequate. I think you can do better. I would be pleased to have you in my group.’” (Dr. Holden Thorp). He believed that everyone could do better, and it was his responsibility to help them get there, however that may be.

When Dr. Gary Pielak asked about spending time as a rotating Program Director at the National Science Foundation, but was worried that it would slow his research, Dr. Murray responded that it would, but that “the knowledge gained and all the new science [he] would see would advance [his] career.” Reflecting back, Dr. Pielak resolved that “He was correct.”

And it was not just momentary advice that Dr. Murray provided to his students and colleagues. Dr. Lowry Caudill recalled that “the way [Dr. Murray] conducted himself and the way he carried himself was a role model for [Dr. Caudill] and how [Dr. Caudill] has tried to behave in [his own] life.” Dr. Caudill was so impacted by his time as Dr. Murray’s student that when Dr. Caudill donated funding to help build the new Chemistry Department complex, one of his stipulations was that a building in the complex carry Dr. Murray’s name. It is now known as Murray Hall (Dedication, Courtright).

Dr. Mark Wightman’s life was also forever altered by knowing Dr. Murray. One of Dr. Murray’s closest students, Dr. Wightman first met Dr. Murray as a prospective graduate student in 1968 but was unfortunately drafted by the military. As a result, Dr. Murray “was kind enough to write letters stating that [Dr. Wightman] was more important to the country as a chemist than as an Army Private, [but] unfortunately, the letters did not convince the draft board.” Dr. Wightman was able to join Dr. Murray’s group after his return, and “enjoyed [the] research experience so much that [he] decided to follow [Dr. Murray’s] example and become a college professor.” Dr. Wightman later joined Dr. Murray on the UNC Chemistry faculty in 1989 and avowed that “It is hard to imagine a better mentor and colleague than Royce W. Murray.”

In summary, Dr. Murray’s impact at UNC Chemistry cannot be overstated – he is threaded into the very fabric of the buildings here, beyond simply the name of Murray Hall. His influence has built careers, altered the trajectory of the department, and changed the very foundation of the university. “Murray has never felt an urge to leave UNC,” and though he may no longer be here physically, what he has left behind has ensured that he will forever remain with us at UNC.

A memorial of life service will be held for Dr. Royce Murray at 2pm on October 22 in room G202 in Murray Hall, on the campus of UNC Chapel Hill. The service will be followed by a reception.