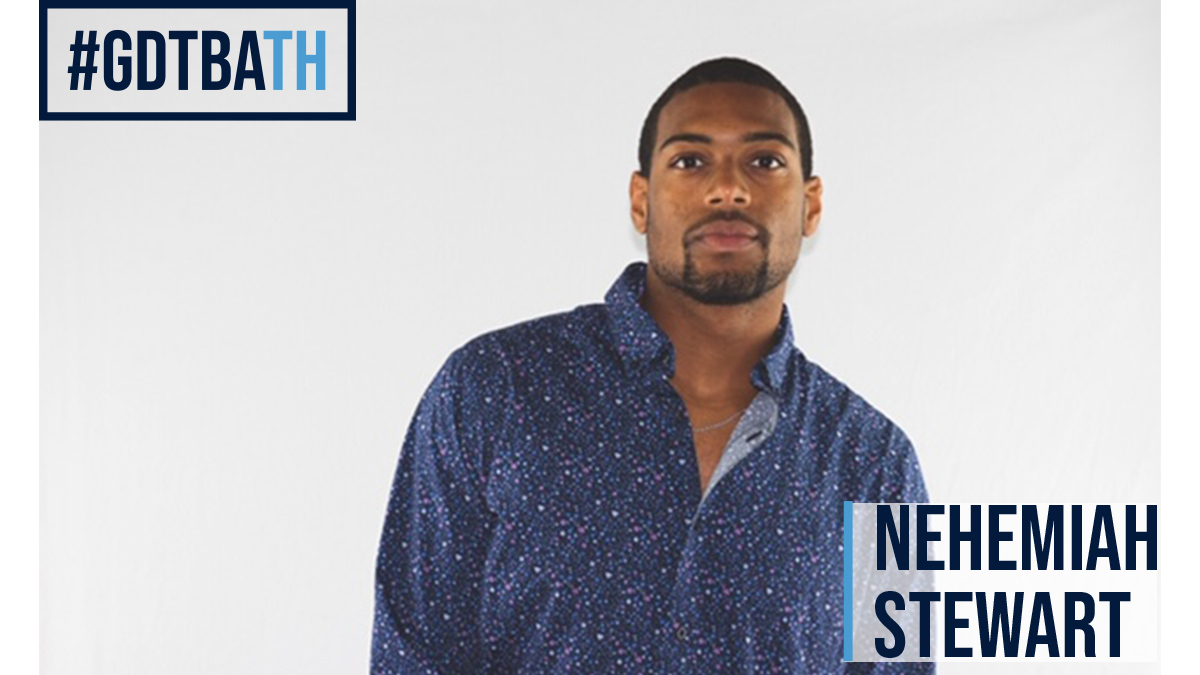 Chemistry senior Nehemiah Stewart used the skills he honed in the research lab to launch an innovative take on ridesharing services last year. Now, the Tar Heel is using his entrepreneurial experience to bring a new social venture to life.

He actively tried to avoid it.

“I always promised myself that I wouldn’t start a business,” said Stewart, a senior majoring in chemistry and mathematics. “I said, ‘Businesspeople, all they do is lie, cheat and steal.’ I wanted to work in research because, in research, I can be part of innovative findings.”

But the skills that helped him in Jillian Dempsey’s and Mohanish Deshmukh’s labs at Carolina were also just the right tools to succeed as an entrepreneur. Whether you’re trying to find a new way to treat an illness or sell a new product to consumers, it’s all about understanding a problem and finding the solution.

Stewart’s natural knack for finding smart solutions led him to create his first company in 2019, and the Tar Heel is now bringing a new social venture to life.

Stewart, along with mentors and colleagues from UNC-Chapel Hill, recently launched Level the Playing Field, an organization intended to create generational change for minority students by providing professional development and access to door-opening internships.

“We began to pull our minds together to create a three-phased program that is going to give Black students the training, the exposure and opportunity to raise themselves out of the generational case that they were placed into,” Stewart said.

It’s a significant challenge, but Stewart believes the past two years of entrepreneurial experience and the support system he created at Carolina have set him up to succeed.

A first-generation college student from Southeast Washington, D.C., Stewart was drawn to Carolina by the warmer weather, a spot on the JV basketball team and the ability to make strides toward a health sciences career.

The distance from home, however, weighed on him his first year. When trips home for fall break and Thanksgiving were hindered by the simple logistics of not having a way to get there, Stewart searched for a solution.

With tens of thousands of students living in the Triangle, somebody else had to be heading to D.C. for Thanksgiving. Why was it so difficult to find a ride?

“I had no business background at all, but I just knew that there was a problem to be solved,” he said. “I realized that my time in the lab had given me the tools to think logically about these problems. I began to synthesize information.”

The solution was a new approach to ridesharing services that connected college students and faculty members for affordable carpooling on a closed network. Only users with “.edu” email addresses could use the service.

Stewart taught himself to code to build a beta version of the app and connected with faculty members from across campus to hone the idea. Those meetings led him to his future chief advisor, Bernard Bell, who is the executive director of the Shuford Program in Entrepreneurship in the College of Arts & Sciences.

“Eventually, I got a little of financial backing, and before I realized it, I had begun a company,” Stewart said. “What began as just solving a problem became something that has risen far beyond.”

Vector Rideshare hit app stores in the fall of 2019 and has since expanded to campuses across the country.

To keep the company alive during the COVID-19 pandemic, Vector Rideshare launched a recruitment campaign and hired 55 interns from 11 campuses to expand the brand. That process shed light on the problem that Stewart is trying to solve with his latest venture.

Then, when members of the Carolina community reached out to him over the summer to find ways to better support Black students, the connection clicked for Stewart. His vision of a new professional development program emerged to set Black college students up with the tools needed to get their foot in the door.

“The real differential in the playing field between our Black and our white students isn’t so much the ability to do something and the aptitude for success, it’s the opportunity to get there,” Stewart said.

Working alongside the advisors and mentors that Stewart met working with Vector Rideshare, he launched Level the Playing Field for students at HBCUs and Black students at predominately white universities. In addition to scholarship stipends and access to mentors, the program includes three phases of training: professional development workshops and seminars; co-curricular crossover where students attend courses at sister universities; and internship placements in front offices of companies and laboratories in STEM.

“We have a program that is beyond anything we’ve seen before,” he said. “If we really want to have generational change, it’s going to take a rigorous program that trains these students to find success in these initiatives and gives them the networking and social capital to take that first step into those positions.”

The first cohort will include students from UNC-Chapel Hill and North Carolina Central University, but Stewart hopes to expand it to other campuses in the future. Applications for the first cohort opened last week and will close Sept. 27 at 11:59 p.m.

As the semester picks back up this fall, Stewart will continue to balance his research, coursework, applying to MD-Ph.D. programs for next fall, potential JV basketball practices, a budding rideshare startup and now Level the Playing Field.

“This is beyond me. This is beyond being tired. What we’re pushing for now could have the potential to change the world we live in,” Stewart said. “I’ve been blessed to make projects, to make companies, do things that people dream of. I can never say I’m tired. If anything, I’m just getting going.”

For more information on Level the Playing Field or to apply for the program’s first cohort, visit leveltheplayingfieldgroup.com.