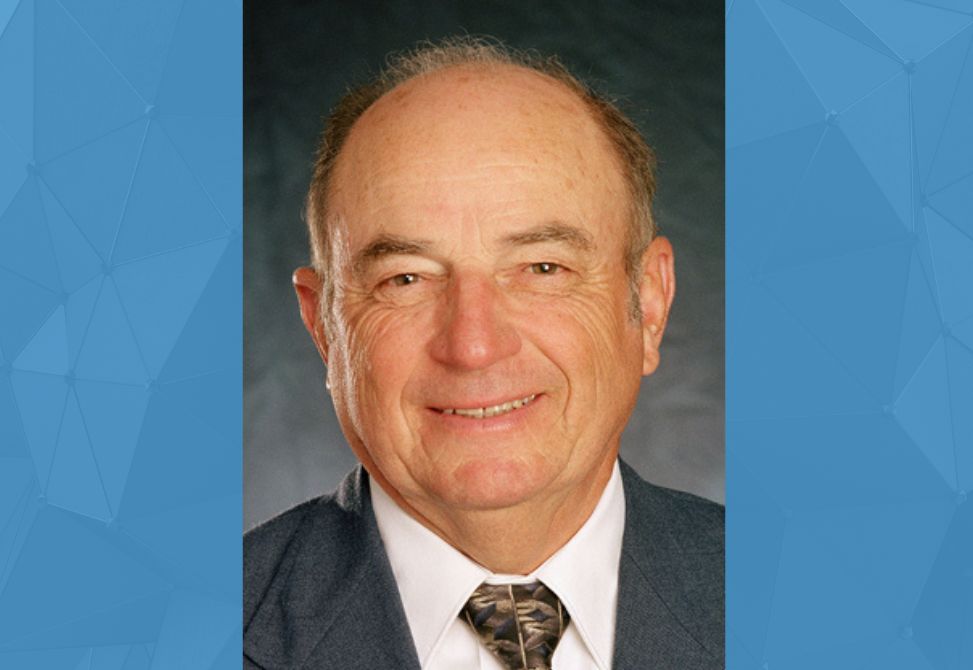 Boyhood in Georgia to remarkable researcher

Frank Ivy Carroll (’61 Ph.D.), has more than 500 publications and 50 patents to his name ranging from treating addiction to the diagnosis of debilitating diseases, and yet—he calls his greatest achievement supporting graduate students as they become post-doctoral researchers and launch their careers.

“My goal was to learn and to make use of my education to do something good,” Carroll said.

A renowned chemist, Carroll has made significant contributions in drug discovery and research of various substance use disorders and other debilitating diseases. Among scores of professional achievements, he is credited with developing a diagnostic agent to more effectively diagnose thousands of people with Parkinson’s disease.

Carroll’s storied career began in 1960 when he joined Research Triangle International (RTI) as part of the burgeoning Research Triangle Park. As a research chemist, Carroll rose to vice president of RTI’s chemistry and life sciences unit, a position he held from 1996 until 2001. A distinguished fellow, he also served as director of RTI’s Center for Organic and Medicinal Chemistry from 1975 until 2007.

His parents, Jewell and Frank Carroll, both obtained a high school education, and Carroll said they knew the importance of learning and education and stressed that to him as a boy growing up in Norcross, Georgia, near Atlanta. He now lives in Durham.

“I was a real country person,” Carroll said, “The things I enjoyed were hunting, fishing, and playing basketball.”

He credits the sport with teaching him about companionship and hard work—lessons he took with him as a Ph.D. student and throughout his career as a researcher and leader at RTI. Carroll, who was named most valuable athlete during his time playing basketball, said his coach motivated him to pursue excellence both on and off the court.

“My coach told me: Your leadership made us a team, and that was worth more than any point you ever scored.”

Carroll spent two years in junior college at what is now the University of West Georgia before completing his undergraduate studies at Auburn University in 1957, where he discovered the field of chemistry.

“Being able to play sports taught me as much as my education did,” Carroll said. “What it really taught me to do was complete, not to lose, and always win. That’s what drove me my whole life. I wanted to get out there and compete.”

Pursuing a Ph.D. in chemistry at Carolina

Despite many offers to begin his career in industry, Carroll decided to come to UNC-Chapel Hill to pursue his Ph.D. in chemistry at the nudging of a former undergraduate professor who happened to be an alumnus of Carolina.

After arriving in Chapel Hill, Richard Hiskey—who was a prominent chemist and supporter of graduate students—served as Carroll’s research advisor.

Carroll recalled Hiskey’s advice to him as a graduate student that stayed with him throughout his more than 60-year career at RTI.

“He told me: ‘Ivy, God put you on this earth with exceptional talents, and if you don’t use them to the best of your ability, you’re cheating God. That caught my attention,’” Carroll said.

Carroll recalled eating a homemade dinner prepared for graduate students by Hiskey’s wife, a tradition that Carroll’s wife continued with his post-doctoral students at RTI; she served platters of fried chicken, okra, and collard greens.

“Those little gestures made me think a lot of Carolina,” Carroll said. “It had people like him as faculty who cared about others. Carolina was great for me.”

Joe Templeton, the Francis Preston Venable Professor of Chemistry, said Carroll was the first graduate student to study under Hiskey.

“What a productive team those two dynamos were,” Templeton said. “Their malodorous synthetic work with organic sulfides led to insights into sulfur chemistry that benefited biochemistry in general and benefited the research output of both. … He has launched the professional careers of many UNC-Chapel Hill chemists at RTI.”

Carroll considers his greatest accomplishment the mentorship he provided to more than 100 post-doctoral fellows, many of whom came from Carolina and have pursued careers in academics, pharmaceuticals, or have become leaders in their fields.

“Teaching or mentoring the next generation was the best thing I did,” Carroll said. “That really is what I think was my biggest contribution to this world.”

While at Carolina, Carroll continued to play basketball with his fellow students at Woollen Gymnasium after his work in the laboratory had ended for the day.

“There is nothing like teamwork,” Carroll said. “You can do a lot more working with a team than you can by yourself.”

A dedication to service and to students

He has served on more than a dozen professional and scientific boards, including with the AAPS Drug Discovery and Design Section fellows’ selection committee, on the board of directors for the College on Problems of Drug Dependence, and with the Department of Chemistry’s advisory board, part of the College of Arts & Sciences, where he is also an adjunct professor. He has also served on The Graduate School’s Graduate Education Advancement Board, where he is a longtime supporter of Summer Research Fellows which allows Ph.D. students to focus exclusively on their research.

“It was a struggle for me to get an education,” Carroll said. “I wanted to help people out so they didn’t have to struggle as much as I did. … I wanted to help our next generation of leaders. All of my contributions go to education.”

Suzanne Barbour, dean of The Graduate School, said Carroll’s contributions to science and his commitment to graduate students are evident.

“Dr. Carroll is an example of an outstanding graduate alumnus who has found opportunities to give back to Carolina in a number of ways,” she said. “We are grateful.”

Carroll has achieved dozens of awards for his contributions to science, including the Margaret E. Knox Excellence Award from RTI, initiation into the American Chemical Society’s medicinal chemistry hall of fame, achieving a North Carolina Award in science in 2010, and with the GlaxoSmithKline Alfred Burger Award in Medicinal Chemistry.

Carroll knew early in his career he would flourish when able to pursue his own path, a path that has become a legacy through those whom he has mentored and supported.

“I’ve still got talents left, and I can still help people,” Carroll said. “That keeps me going.”