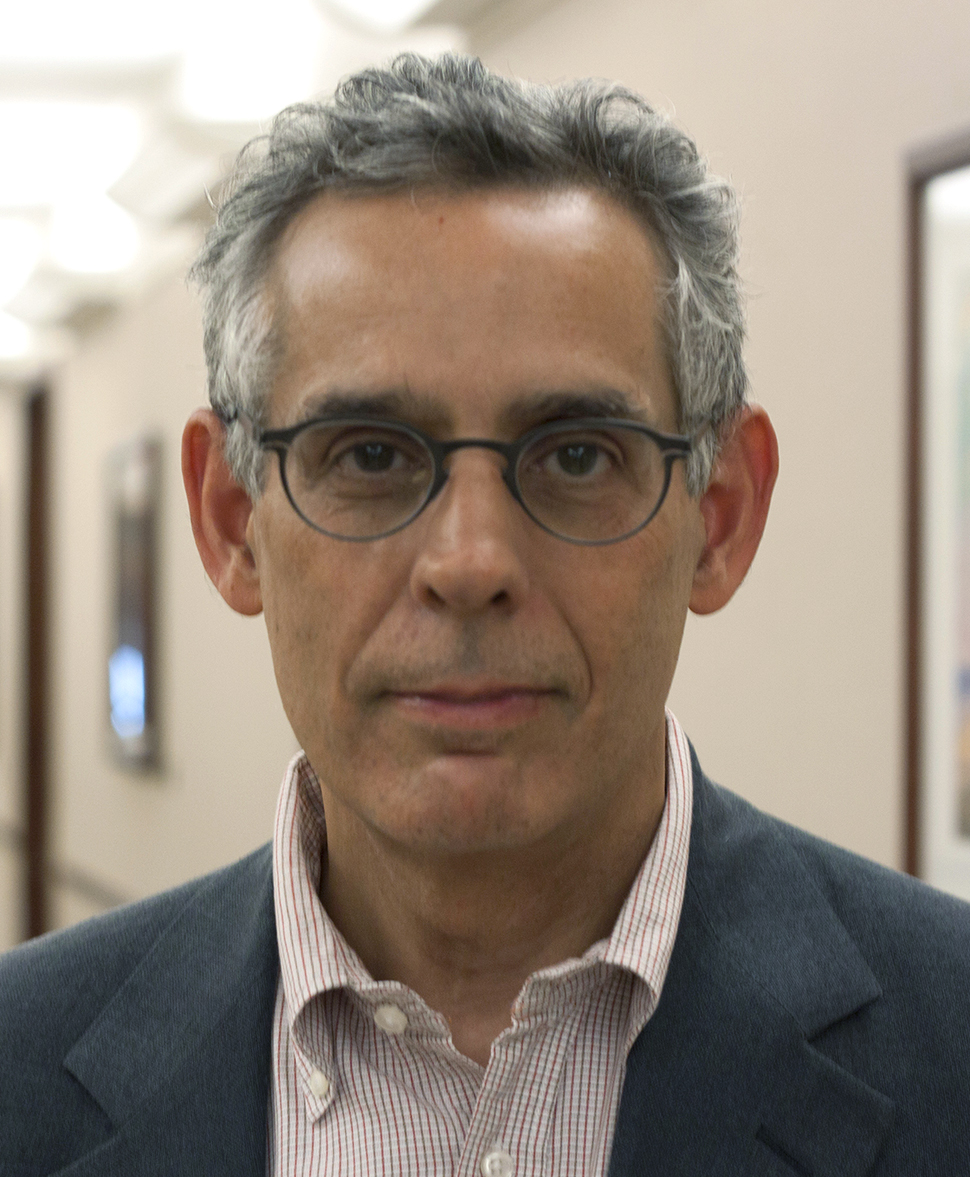 The Aubé group has a continuing interest in the development of new reactions that complement existing methods for the preparation of biologically relevant molecules. This interest has been especially directed toward nitrogen-insertion reactions because of the ubiquity of nitrogen in pharmaceutical products.We have used such ring expansion reactions in syntheses of alkaloids, amino acid bioisosteres, and various classes of peptidomimetics.

A useful reaction discovered in the Aubé laboratories is the intramolecular Schmidt reaction. This beautifully simple reaction involves the acid-promoted combination of a carbonyl compound with an alkyl azide. The result of this process is an amide, one of the most versatile nitrogen-containing functional groups known. As part of an active program in total synthesis, the group has used this new reaction in synthetic approaches to compounds such as the indolizidine alkaloids of South American poison frogs, sparteine, aspidospermidine, and stenine.

Another aspect of our overall research program is concerned with how novel molecules can be designed as peptide mimics, enzyme inhibitors, or as probes of cellular transport processes. Peptide mimics are compounds designed to inhabit the naturally occurring recognition sites of biologically important peptide hormones, eventually resulting in the synthesis of small-molecule antagonists or agonists of the endemic peptides. This project involves aspects of NMR, CD, and computational methods in addition to organic synthesis. In collaborative work, we have also been heavily involved in the synthesis of protease inhibitors and the study of cellular transport mechanisms. 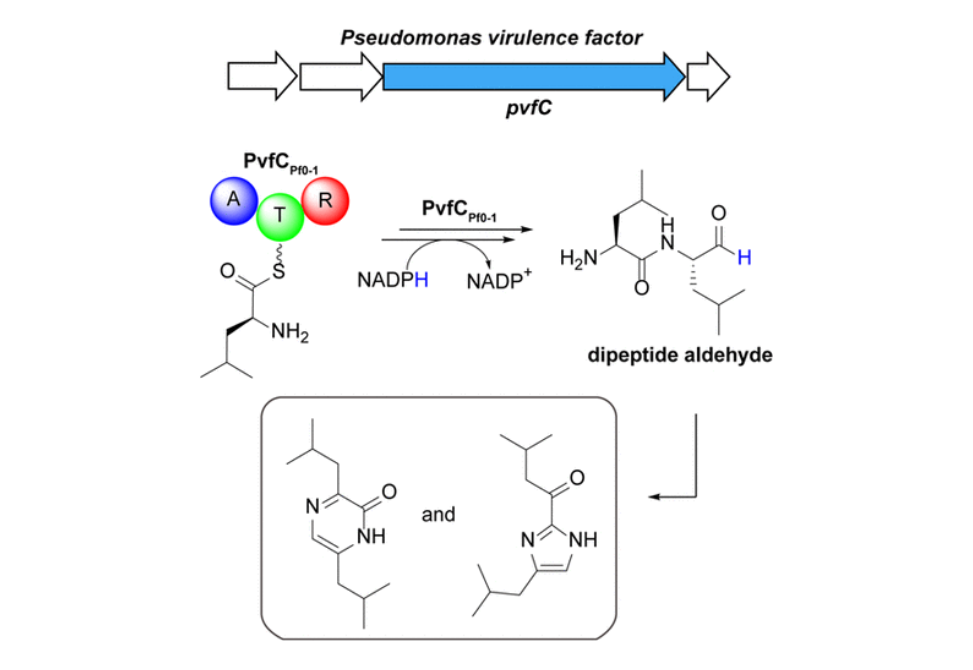 Here, we characterize a monomodular NRPS, PvfC, encoded by the Pseudomonas virulence factor (pvf) gene cluster that is essential for virulence and signaling in different bacterial species.

Subsite Ligand Recognition and Cooperativity in the TPP Riboswitch: Implications for Fragment-Linking in RNA Ligand Discovery 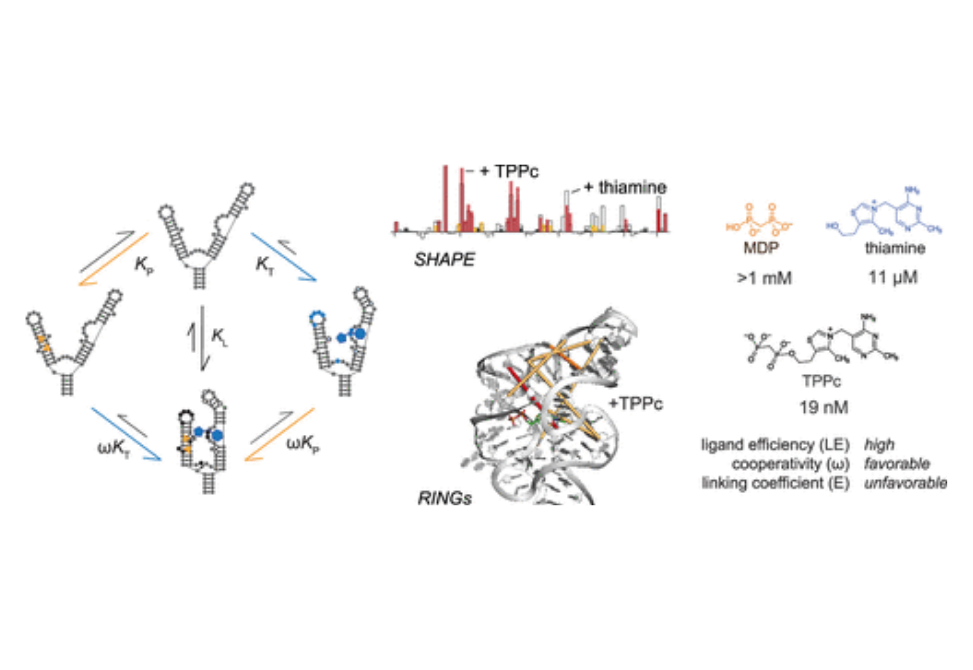 Here, we investigated the binding of thiamine and methylene diphosphonic acid (MDP, a soluble structural analogue of pyrophosphate) to the thiamine pyrophosphate riboswitch.