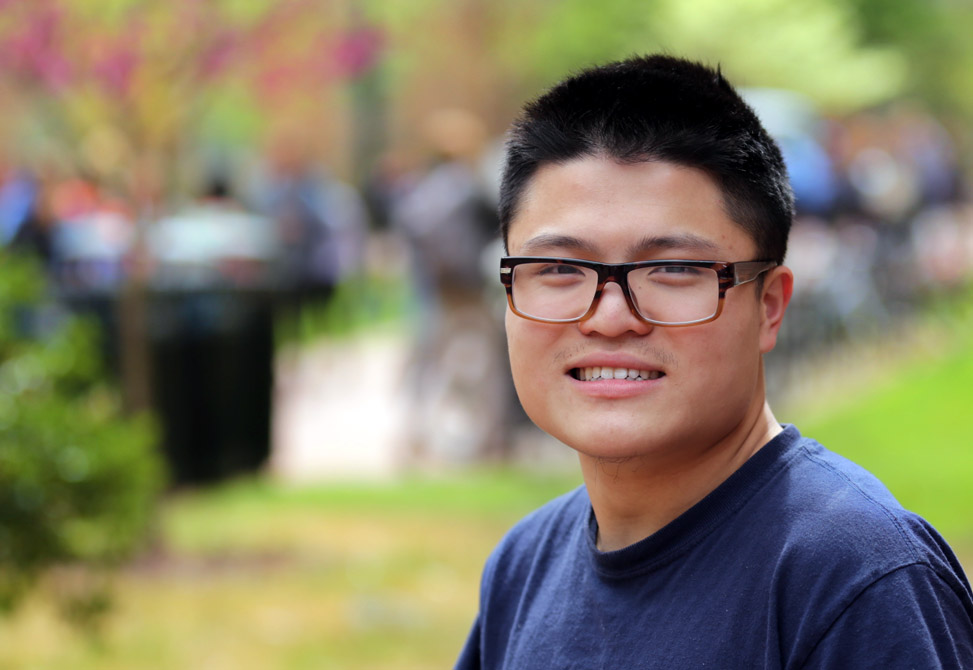 According to Professor Matthew Lockett, Zhi-Wei Lin, an undergraduate student in his lab, is a "pretty phenomenal individual," who in the past six months has "cleaned up on awards and honors." Zhi-Wei, or "Z" as he goes by in the lab, has, for instance, been selected for the following honors:

Additionally, he also had his second-author manuscript accepted in Analytical Chemistry!

Z's summer project in the Lockett Group is part of a series of projects that he first started last summer. At the time, the motivation was to screen endocrine disrupting chemicals using a 3D paper-based culture platform and breast cancer cells, which are currently being developed in the Lockett lab.