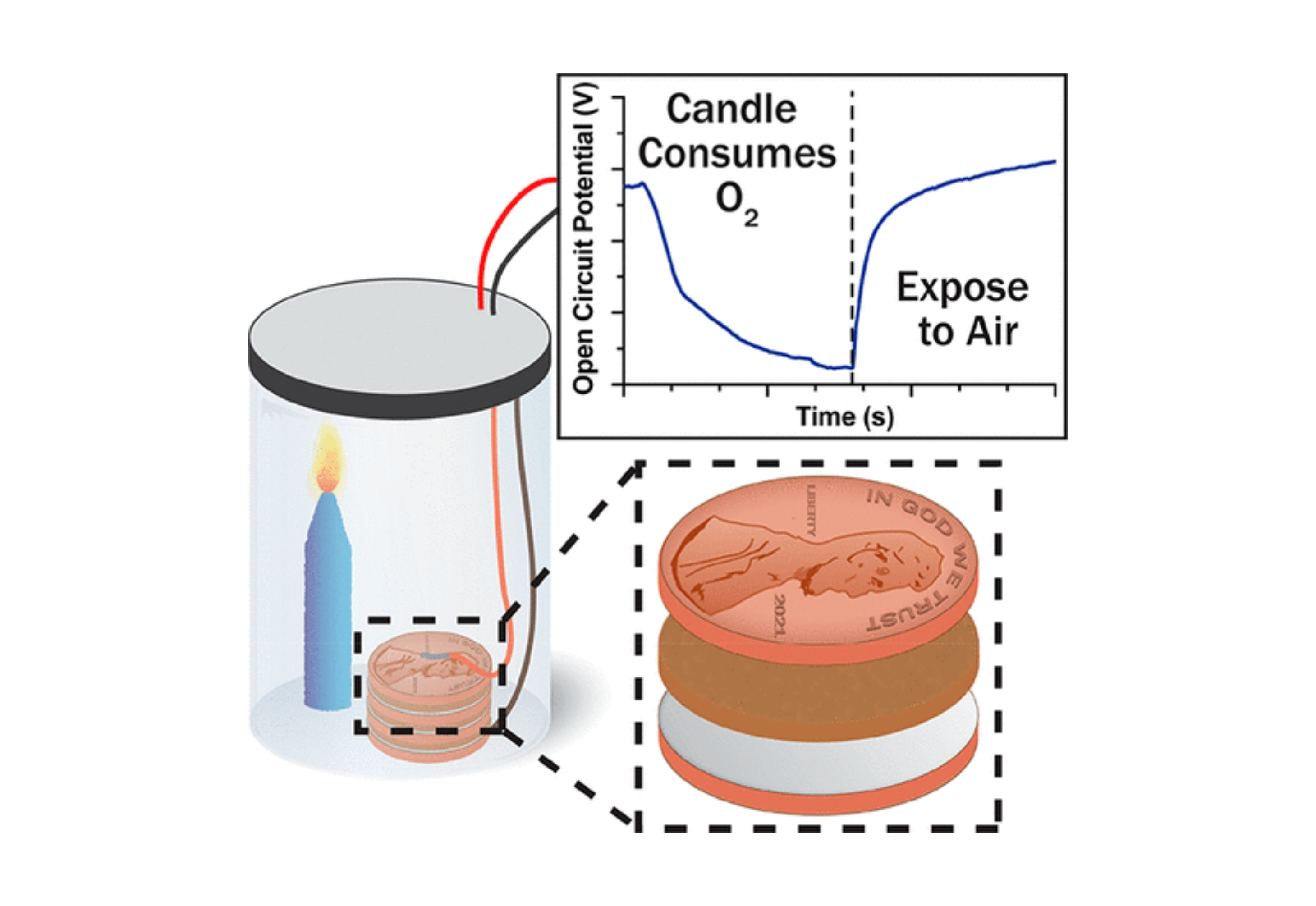 The Role of Oxygen in the Voltaic Pile

Over 200 years ago, Alessandro Volta published his observations of a steady voltage when a piece of electrolyte-soaked cardboard was sandwiched between two dissimilar metals. This observation initiated a century of argument as to the origin of voltaic electricity (contact vs chemical) and catalyzed practical advances, such as the first demonstration of water electrolysis by William Nicholson and Anthony Carlisle within a few months of Volta’s announcement. A deep dive into the literature demonstrates that practitioners at the time were disadvantaged in their quest for a detailed understanding of the pile. For instance, the idea of salt dissociation into charged ions and the discovery of the electron did not come to light until nearly an entire century after the pile made its first debut. A thorough survey of the literature also indicates that original piles, which were composed of silver or copper as the cathode and zinc as the anode, operated by the dissolution of zinc at the anode and the reduction of some species at the cathode. A cathodic reaction commonly implicated is the hydrogen evolution reaction (HER). Here, we demonstrate that the oxygen reduction reaction (ORR) contributes to the cathodic half-reaction from pH 0 to 14, suggesting that the true mechanism of the voltaic pile depends on the mixed potential set by the HER/ORR and zinc oxidation. While the main point of this article is to implicate dissolved oxygen, we end the article with suggestions for experimental modifications to promote hands-on learning.

The Role of Oxygen in the Voltaic Pile