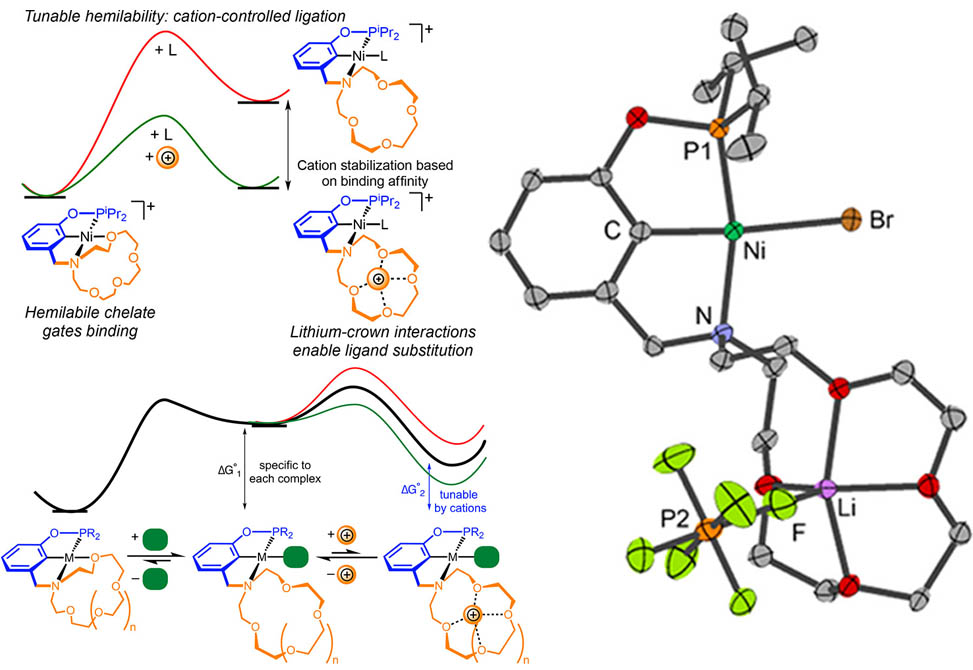 Researchers in the Miller Group, published in Organometallics, have investigated the thermochemistry of cation–macrocycle interactions in nickel pincer complexes bearing hemilabile crown ethers and applied the findings in the development of a cation-controlled reversible ligand binding system. Cation–crown interactions were examined in a noncoordinating, low polarity solvent, dichloromethane, and a coordinating, polar solvent, acetonitrile.

Dichloromethane enforces strong cation–crown interactions without disrupting the hemilabile ether ligand, whereas acetonitrile disrupts hemilability by displacing the ethers from the nickel center and supports weaker cation–crown interactions. In dichloromethane, lithium binding provides at least 7 kcal·mol–1 of stabilization to assist in ligand binding, and the extent of stabilization can be tuned by the choice of cation.

The newfound thermodynamic insight guided the development of in situ switchable ligand binding and release at nickel using cations. The nickel complex binds pentafluorophenylnitrile only upon addition of Li+ salts in dichloromethane, and the nitrile ligand is readily released upon sequestration of the Li+ with 12-crown-4.