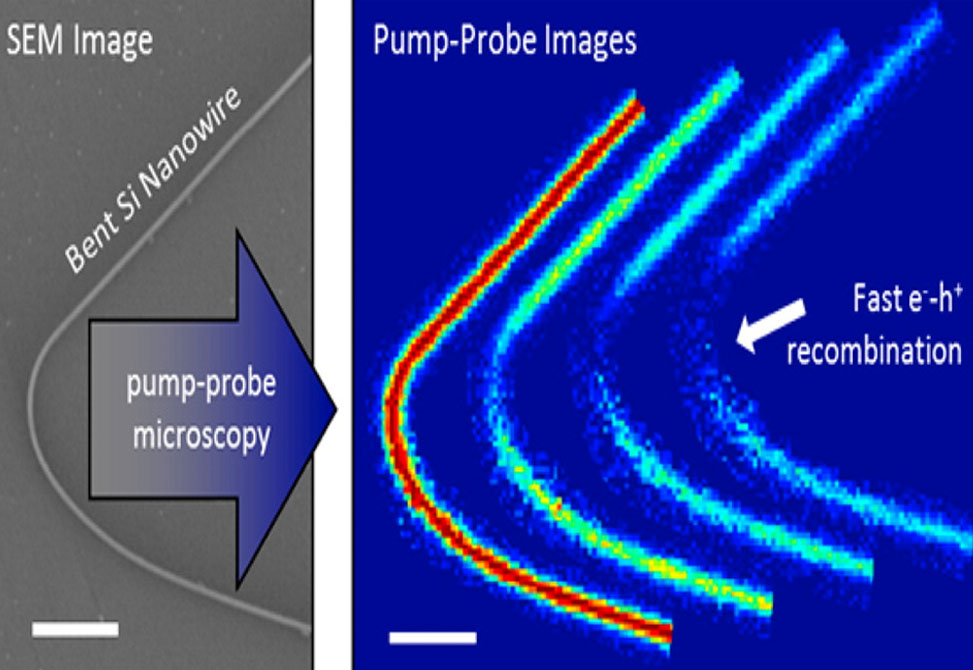 Strain-induced changes to the electronic structure of nanoscale materials provide a promising avenue for expanding the optoelectronic functionality of semiconductor nanostructures in device applications.

In work pub lished in Nano Letters, researchers in the Papanikolas and Cahoon Groups use pump–probe microscopy with femtosecond temporal resolution and submicron spatial resolution to characterize charge–carrier recombination and transport dynamics in silicon nanowires, NWs, locally strained by bending deformation. The electron–hole recombination rate increases with strain for values above a threshold of ∼1% and, in highly strained, ∼5%, regions of the NW, increases 6-fold.

The changes in recombination rate are independent of NW diameter and reversible upon reduction of the applied strain, indicating the effect originates from alterations to the NW bulk electronic structure rather than introduction of defects. The results highlight the strong relationship between strain, electronic structure, and charge–carrier dynamics in low-dimensional semiconductor systems, and we anticipate the results will assist the development of strain-enabled optoelectronic devices with indirect-bandgap materials such as silicon.