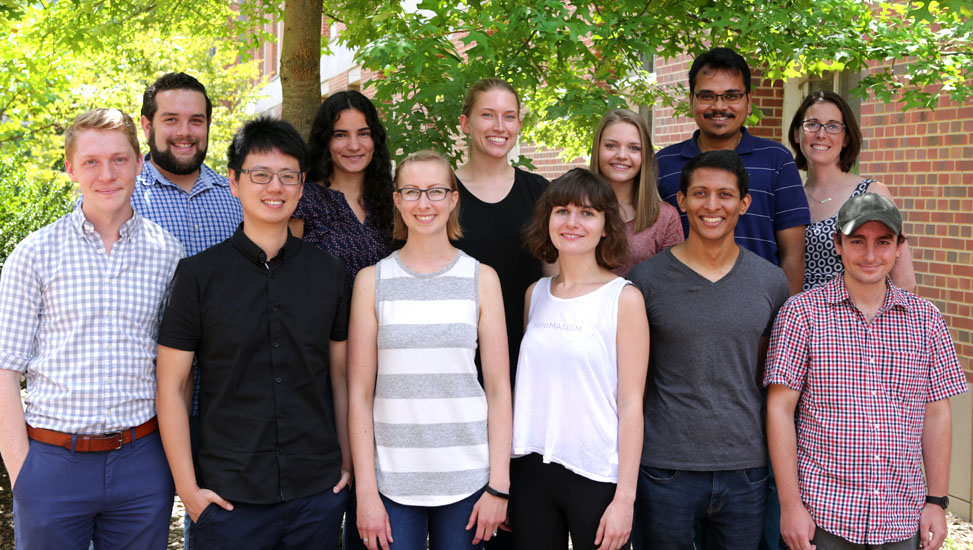 A $300,000 grant from the Clare Boothe Luce Program will support three new graduate fellowships for women in Chemistry at UNC-Chapel Hill, and UNC will commit to a fourth fellowship.

The fellowships will be used to support and nurture women graduate students who are aspiring to tenure-track academic positions. The principal investigator of the grant and director of the program is Assistant Professor Jillian Dempsey, with our department.

The CBL Graduate Fellows at UNC will be provided with structured mentoring, professional development opportunities and travel funds to attend conferences to present their research and network.

Dempsey began her career at UNC in 2012 and over the past five years has developed a vibrant research program in physical inorganic chemistry that has been supported by the NSF CAREER Program, Alfred P. Sloan Fellowship, a Packard Fellowship for Science and Engineering, the Department of Energy and an Air Force Office of Scientific Research Young Investigator Award. In 2014, Dempsey founded the Chemistry Women Mentorship Network.

"The attrition of women in chemistry pursuing academic careers is startling, and research has shown that lack of both mentoring and female role models are major factors influencing women's departure from the tenure track," says Jillian. "At UNC, we have done a great job recruiting women to our graduate program in chemistry and supporting them as they pursue their degrees. With help from the Clare Boothe Luce Program, we will be able to pilot enhanced mentoring and professional development opportunities designed to narrow the gap between degrees awarded and women in tenure-track academic positions."

Since its first grants in 1989, the Clare Boothe Luce Program has become one of the single most significant sources of private support for women in science, mathematics and engineering. Clare Boothe Luce, the widow of Henry R. Luce, was a playwright, journalist, U.S. Ambassador to Italy and the first woman elected to Congress from Connecticut. In her bequest establishing this program, she sought "to encourage women to enter, study, graduate and teach" in science, mathematics and engineering. Thus far, the program has supported over 2,300 women.