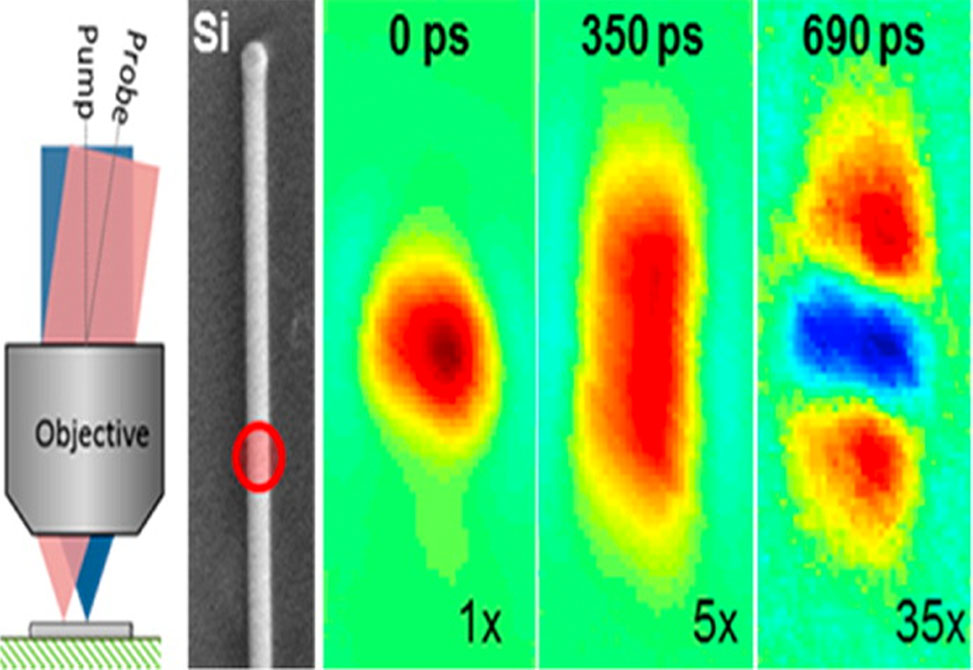 Researchers in the Papanikolas and Cahoon groups have developed a pump–probe microscope capable of...

Researchers in the Papanikolas and Cahoon groups, published in Nano Letters, have developed a pump–probe microscope capable of exciting a single semiconductor nanostructure in one location and probing it in another with both high spatial and temporal resolution.

Experiments performed on Si nanowires enable a direct visualization of the charge cloud produced by photoexcitation at a localized spot as it spreads along the nanowire axis. The time-resolved images show clear evidence of rapid diffusional spreading and recombination of the free carriers, which is consistent with ambipolar diffusion and a surface recombination velocity of ∼104 cm/s. The free carrier dynamics are followed by trap carrier migration on slower time scales.