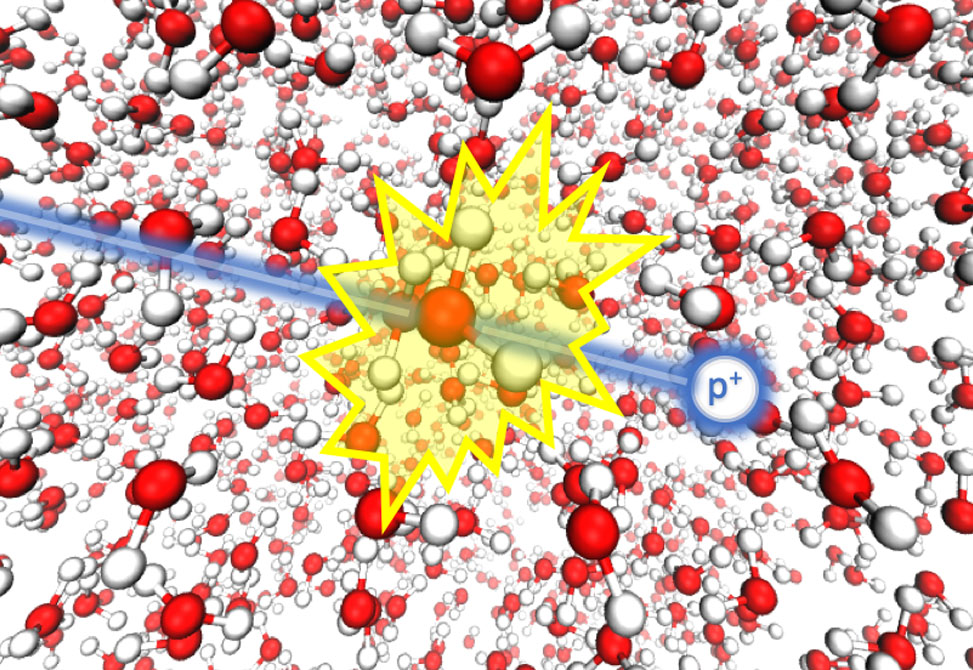 Understanding the role of core-electron excitations in water under proton irradiation has become important due to the growing use of proton beams in radiation oncology.

In work published in Physical Review Letters, the Kanai Group accurately determined the energy transfer rate from the irradiating protons to electrons in water and also elucidated the role of core-electron excitations. The work was enabled by their novel first-principles, nonequilibrium simulation approach based on real-time, time-dependent density functional theory.

K-shell core-electron excitations were found not only to provide an additional channel for the energy transfer but they also significantly influence the valence electron excitations. In the excitation process, generated holes remain highly localized within a few angstroms around the irradiating proton paths, whereas electrons are excited away.

In spite of their great contribution to the energy transfer rate, the core electrons play a rather minor role in terms of contributing to the electron-hole pair density generated. The excitation behavior revealed here for proton beam radiation is distinctly different from that of photon-based ionizing radiation such as x or γ rays.