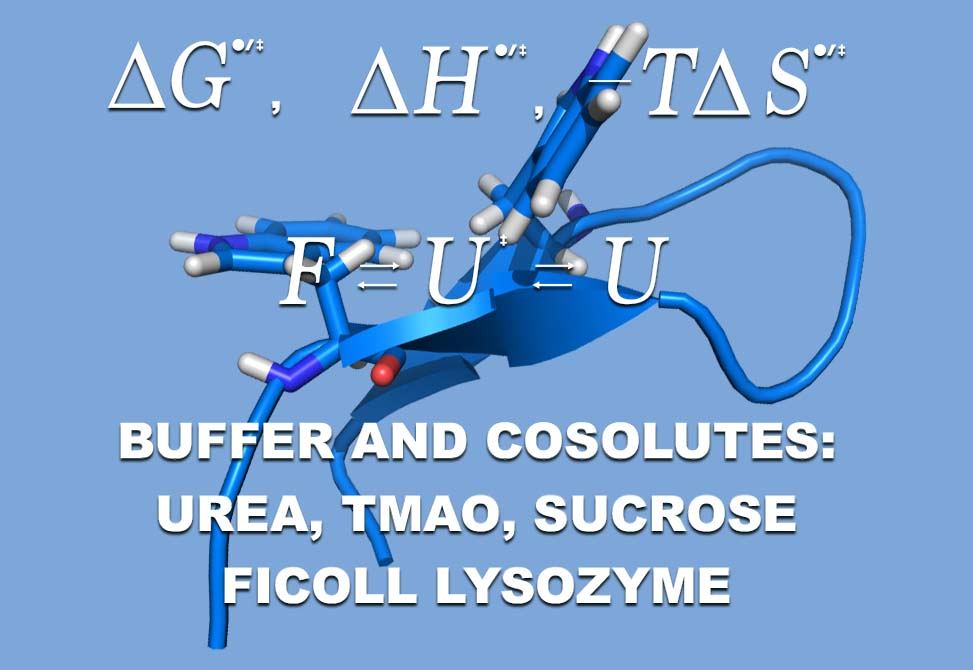 While early studies in synthetic sugar-based polymers suggested hard-core steric repulsions were the dominant force, later work in protein crowders, cell lysates and in cells themselves indicated that nonspecific chemical interactions tempered, and in some cases overcame, steric repulsions.

However, equilibrium data only reveal information about the relationship between starting, unfolded ensemble, and ending, folded state, points of the protein folding reaction. Relatively little is known about how crowding affects the folding pathway itself, and the transition state ensemble the protein populates along the way.

In a study published in The Journal of Physical Chemistry B, group members elucidated the effects of common macromolecular crowders on the folding kinetics of the N-terminal SH3 domain of the drosophila signaling protein drK, SH3.

The study provided the first kinetic evidence for nonspecific chemical interactions between protective osmolytes and a protein, specifically that osmolytes preferentially hydrate proteins and promote folding while hindering unfolding. Larger, complex branched sugar polymers also exhibit preferential hydration, but these effects are more strongly modulated by steric repulsions due to their increased size. However, the results for the physiologically-relevant crowder, lysozyme, do not resemble any other crowder examined, suggesting that osmolytes and polymers are imperfect models for representing the cellular interior.

Annelise Gorensek, the first author of this paper, is currently a Teacher Scholar Postdoctoral Fellow in the Chemistry Department at Wake Forest University. She works in the laboratory of Dr. Rebecca Alexander, where she is investigating the pre-steady state kinetics of bacterial methionine tRNA synthetases.