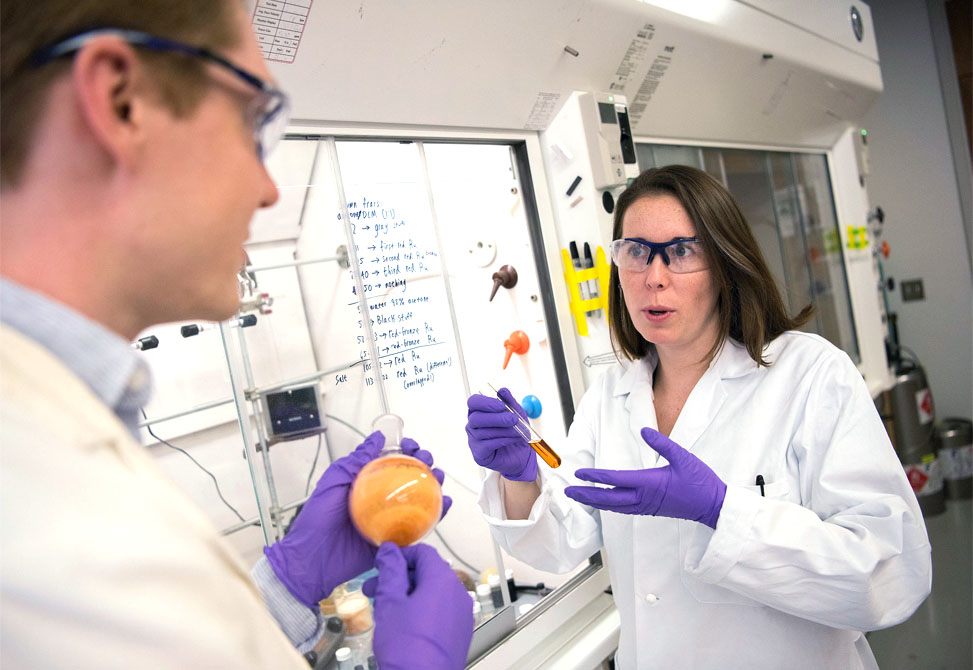 Carolina Chemistry's Jillian Dempsey was recently featured in C&EN as one of the magazine's "Talented Twelve." Below are a few excerpts from the article, republished with permission from the author, Matt Davenport, as it appeared online and in print.

"Growing up in New Jersey, Jillian Dempsey was surrounded by the pharmaceutical industry. It would have been natural for her to become part of it, and in fact, that was her plan. But Dempsey switched course in college when she saw how physical inorganic chemistry could curb humanity's addiction to fossil fuels."

"Dempsey and her team at the University of North Carolina, Chapel Hill, are now studying next-generation catalysts for artificial photosynthesis. Like natural photosynthesis, this process creates energy-rich compounds from water, carbon dioxide, and sunlight. Whereas plants make sugars, artificial leaves would produce fuels including hydrogen and methane."

"She's worked out ways to tell exactly how these reactions go," says electron-transfer-chemistry expert Harry B. Gray of California Institute of Technology, who was Dempsey's doctoral adviser. Her research, coupled with her excellence as a teacher and mentor, have established her as an emerging leader in chemistry, Gray adds. "I can't think of anyone who does more for the chemical enterprise."