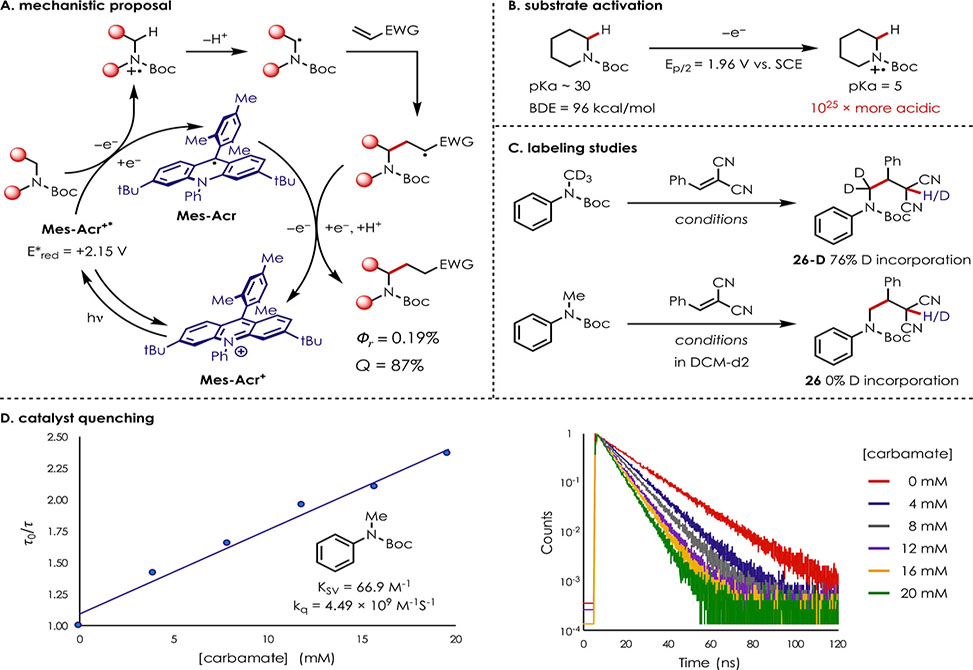 Strategies for the direct C–H functionalization of amines are valuable as these compounds comprise a number of pharmaceuticals, agrochemicals, and natural products. Work published in JACS, by the Nicewicz Group, describes a novel method for the C–H functionalization of carbamate-protected secondary amines via α-carbamyl radicals generated using photoredox catalysis. The use of the highly oxidizing, organic acridinium photoredox catalyst allows for direct oxidation of carbamate-protected amines with high redox potentials to give the corresponding carbamyl cation radical.

Following deprotonation, the resultant open-shell species can be intercepted by a variety of Michael acceptors to give elaborate α-functionalized secondary amines. The reaction proceeds under mild conditions without the requirement of exogenous redox mediators or substrate prefunctionalization. Additionally, the group members were able to showcase the utility of this methodology through the enantioselective synthesis of the indolizidine alkaloid, (+)-monomorine I.