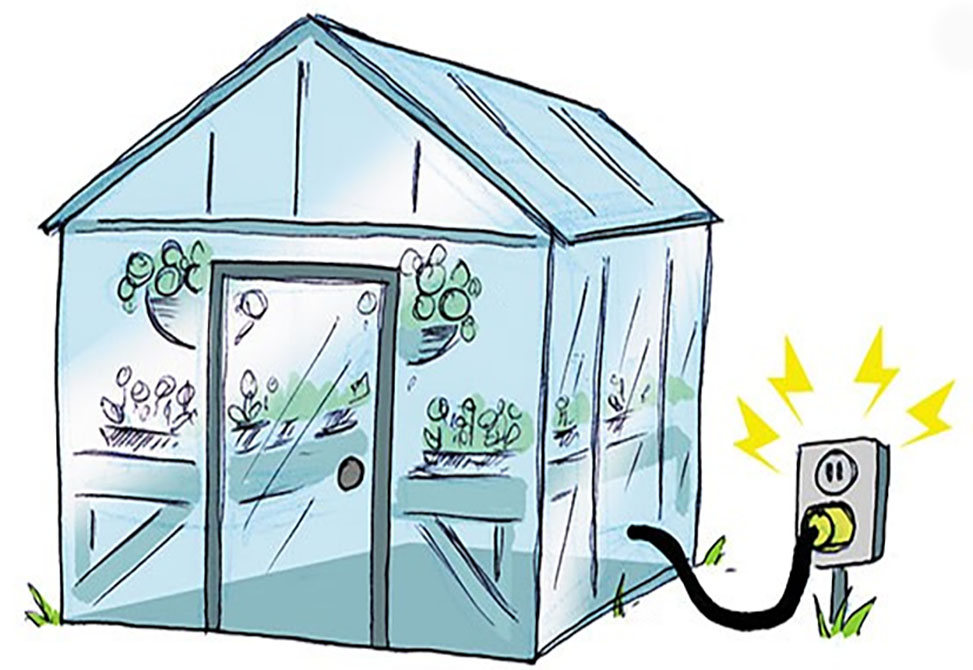 In many ways, greenhouses are not all that green. Plants require only certain wavelengths of light to grow, which means the sunlight the plants don't use ends up lingering around inside greenhouses, driving up the temperature. This in turn means greenhouse keepers must expend time and energy keeping the temperature down at more ideal levels so the plants can thrive.

Viewed differently, though, this excess heat presents an opportunity for efficiency.

"Plants need the sunlight," says Wei You, an associate professor of chemistry at Carolina Chemistry. "But they don't need all of it."

Through a new project called Solar Powered Integrated Greenhouse, or SPRING, You and five other scientists from N.C. State and UNC-Chapel Hill intend to harness these underutilized wavelengths of light via semitransparent solar cells built into the roofs of greenhouses.

Traditional silicon solar panels offer no transparency and don't allow light through in a greenhouse setting. Polymer-based solar panels, though, are like plants, in that they only use certain wavelengths of light. Installing polymer solar panels in a greenhouse could have the win-win effect of simultaneously producing electricity and leaving enough light for flourishing plants.

After developing the transparent panels, SPRING intends to fine-tune the greenhouses for different climates and vegetables. Different plants require different light, and once the project is out of a demo stage, the focus will be on tailoring.

SPRING is supported by a four-year, $3 million grant from a new National Science Foundation program called Innovations at the Nexus of Food, Energy and Water Systems, which "looks at ways of sustaining food, energy, and water systems, taking into effect that one may affect the other two," says Carol Bessel, deputy division director for the NSF. The grant arrives in January.