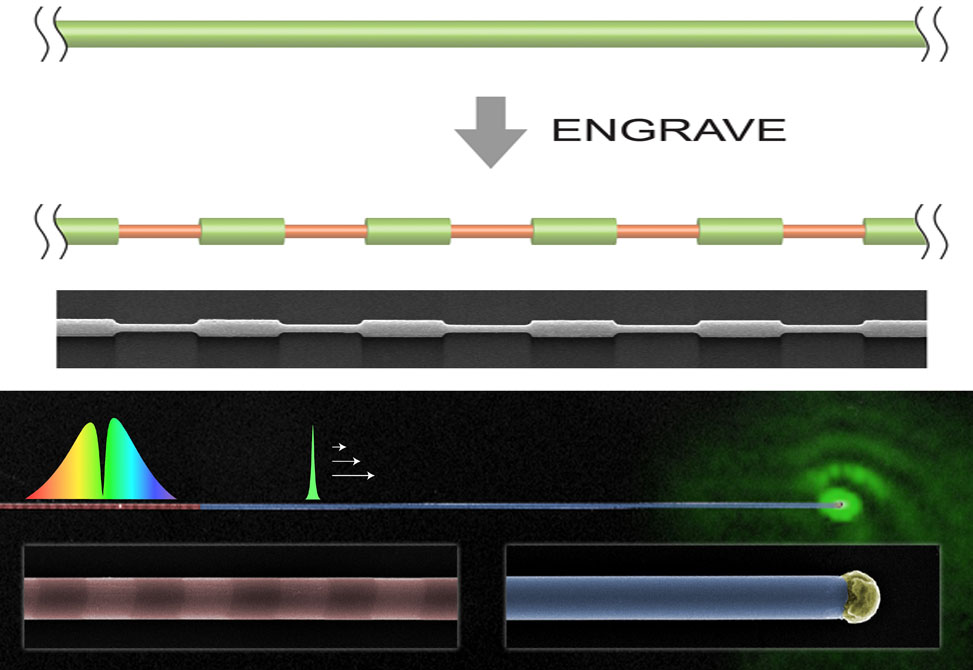 Researchers in the Cahoon Group have reached a new milestone on the way to optical computing, or the use of light instead of electricity for computing. They explored a new way to select and send light of a specific color using long silicon wires that are several hundred nanometers in diameter, about 1,000 times smaller than a human hair, and their work enabled a new type of nanoscale “light switch” that can turn on and off the transmission of one color of light over very long distances.

The research paper, written by chemistry professor James Cahoon and graduate student Seokhyoung Kim here at Carolina Chemistry, along with collaborators at Korea University, was published in the journal Nature Communications.

Optical computing technology promises many benefits. Swapping electrons for light-based technology would mean that the computers of the future will not overheat and will run much faster.

“In the past there hasn’t been a controlled method for selectively sending light down nanoscale wires, so optical technology has either used much larger structures or wasted a lot of light in the process,” said Associate Professor James Cahoon. “We found a way to turn on and off the transmission of a specific color of light, and it represents an important step towards the more controlled, effective use of light that would enable optical computing.”

The research team developed the Encoded Nanowire Growth and Appearance through VLS and Etching, ENGRAVE, technique, which can create complex shapes in nanowires. They then achieved selective light transmission through precise diameter modulation with the ENGRAVE technique. This was the first report of direct use of a Mie resonance, a light scattering property of nanowires, for guiding light in a nanowire.

This work is a step forward for optical computing and will help enable further advances in the technology. The team’s findings can enable downsizing of the optical components needed to develop computers based on light instead of on electricity. By miniaturizing these components, they can be more easily integrated with the existing electronic components in computers. Additionally, the color of light conducted by the wires in this study is sensitive, with the color changing as the environment changes. Thus, these structures can be used as a new type of sensor, in which the color of the conducted light senses the environment of the wire.