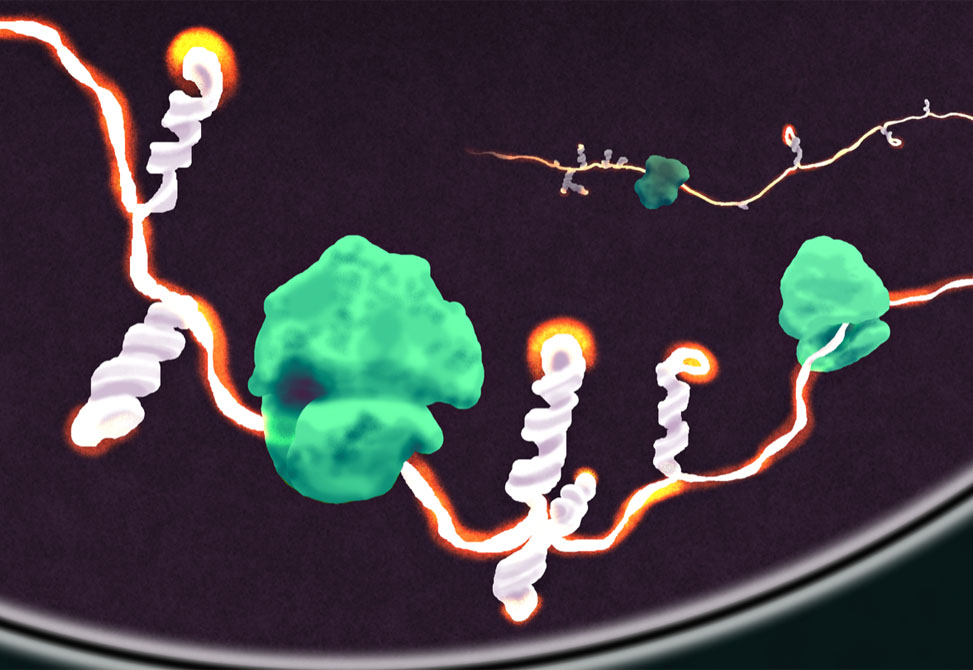 Messenger RNAs, mRNAs, convey genetic information from DNA to the ribosome, serving as templates for protein translation. They also convey important regulatory instructions, for example, telling the cell how many copies of protein to be made from the mRNA.

In a study published in Cell, the Weeks laboratory and collaborators from Novartis used structure-selective chemical probing to characterize mRNA structures in living bacteria.

mRNAs fold in highly diverse ways, essentially creating a structural "personality" for each RNA. These structures in turn play critical roles in controlling how the mRNA functions. Notably, the team showed that the difficulty of unfolding mRNA structure determines how often protein is made from an RNA, and discovered numerous highly conserved RNA structure motifs that bind regulatory proteins.

Overall, this work shows that RNA structure plays a pervasive role in regulating gene expression, and the work has also been highlighted by Chemical & Engineering News, in an article that emphasizes the potential translational impacts of the UNC research.