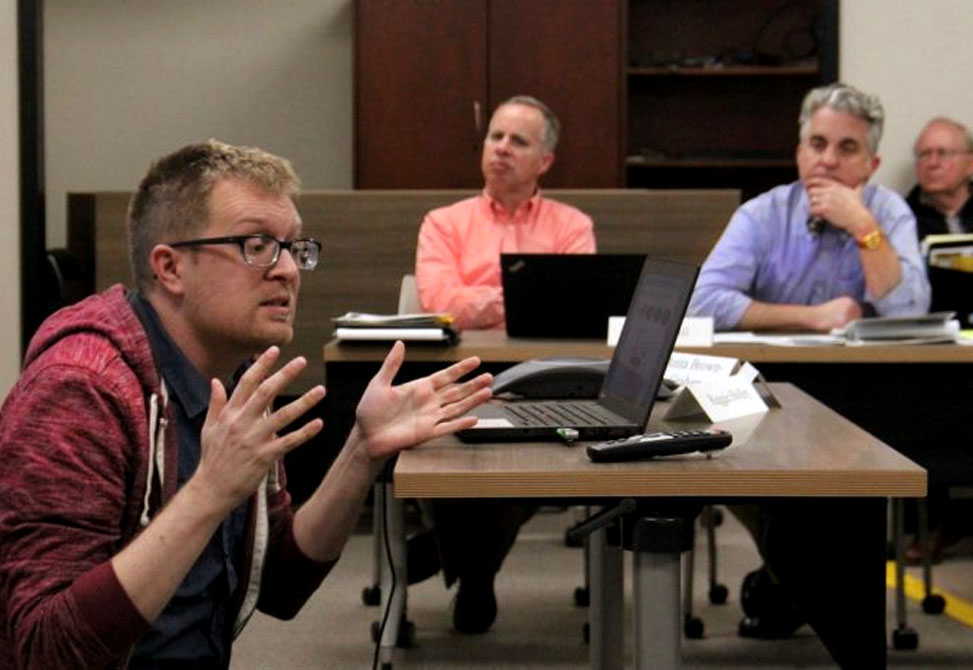 Researchers in the Lockett Group have started working with a group led by Professor Marcey Waters, an innovator in capturing specific molecules. The two are working on creating an easy-to-use test to help address public health concerns about emerging contaminants in North Carolina. Their goal for the next year or more is to develop one for a molecule known by its trade name: GenX.

Earlier this year, Lockett and Waters explained their concept to the advisory board of the North Carolina Policy Collaboratory and how it might fit in the organization’s new initiative on GenX and emerging contaminants. Their project received $50,000 in this year’s round of collaboratory grants.

Lockett said the goal is to make an inexpensive test that will allow someone to check their water for the presence of GenX with the same simple readout as the two lines in a pregnancy test. “It’ll be the exact same idea for GenX,” he said. “The first line that says the test is working correctly, the second line to say was it there or not.” The test, he said, could be mass-produced at a low cost. An early estimate put the cost per test for a run of 1 million tests at 50 cents each.

Waters said the capture and detection expertise, coupled with technology to amplify the signal of what’s detected, makes it possible to use the paper test even for molecules in very small concentrations, like GenX. It could also be adapted to target other other per-fluorinated compounds.

The researchers plan to compare paper tests results with results from top-of-the-line mass spectrometry. Using that gold standard, Lockett said, is aimed to give people using the tests confidence in them.

Lockett who has also worked on medical tests that can be read through cell phones apps or by telemedicine, said it’s also possible to create databases and location information using readouts uploaded by test users.