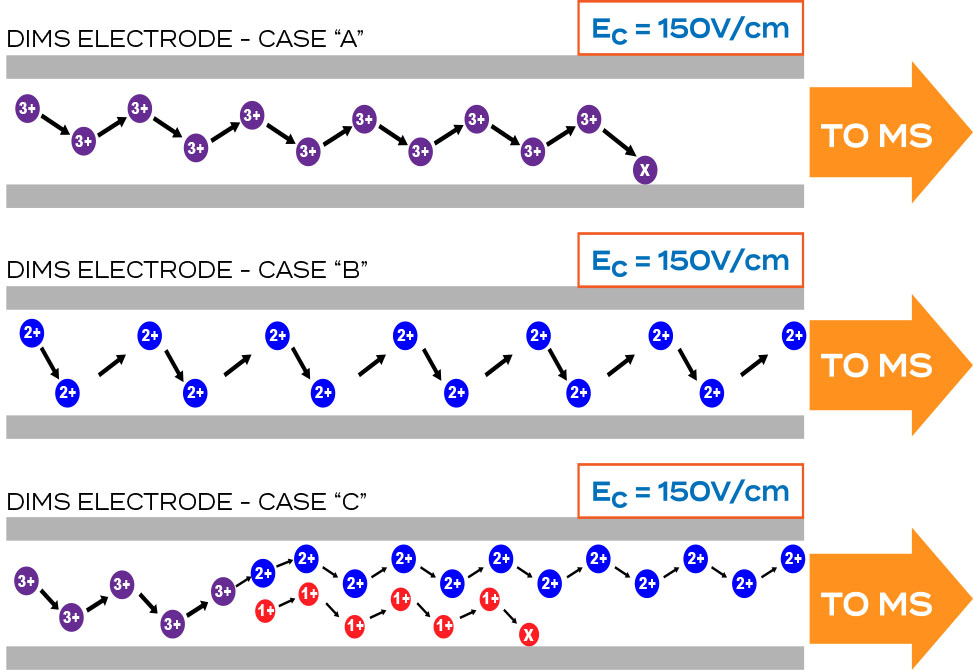 Differential ion mobility spectrometry, DIMS, devices separate ions on the basis of differences in ion mobility in low and high electric fields, and can be used as a stand-alone analytical method or as a separation step before further analysis. As with other ion mobility separation techniques, the ability of DIMS separations to retain the structural characteristics of analytes has been of concern.

For DIMS separations, this potential loss of ion structure originates from the fact that the separations occur at atmospheric pressure and the ions, during their transit through the device, undergo repeated collisions with the DIMS carrier gas while being accelerated by the electric field. These collisions have the ability to increase the internal energy distribution of the ions, which can cause isomerization or fragmentation. The increase in internal energy of the ions is based on a number of variables, including the dispersion field and characteristics of the carrier gas such as temperature and composition.

The effects of these parameters on the intra-DIMS fragmentation of multiply charged ions of the peptides bradykinin, RPPGFSPFR, and Glycine–Leucine–Isoleucine–Serine–Histidine, GLISH, are discussed in work published in the Journal of The American Society for Mass Spectrometry, by the Glish Group. Furthermore, similarities and differences in the internal energy deposition that occur during collisional activation in tandem mass spectrometry experiments are discussed, as the fragmentation pathways accessed by both are similar.