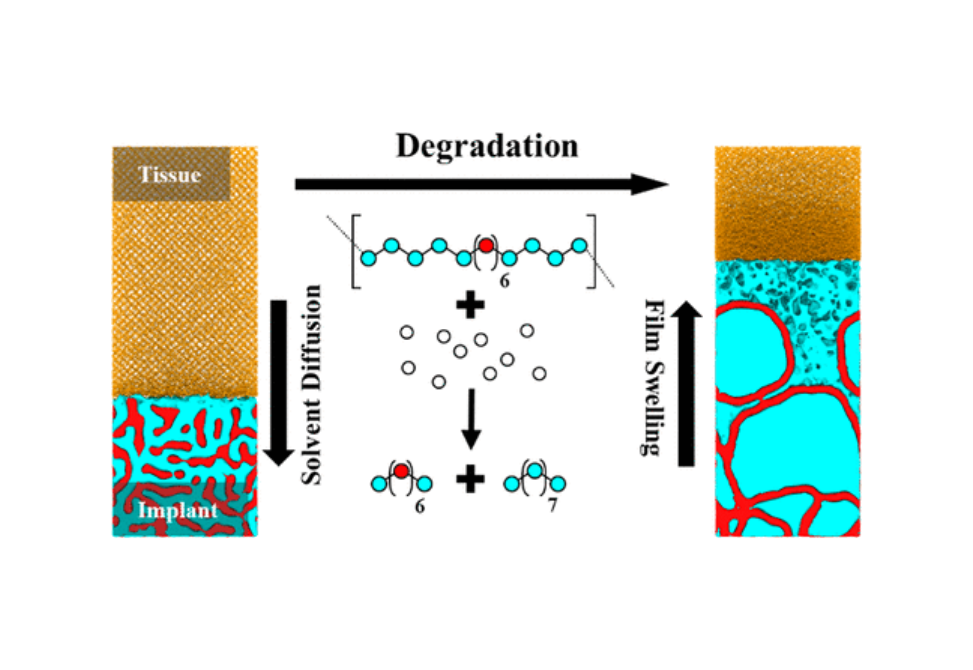 We performed coarse-grained molecular dynamics simulations of swelling and degradation of copolymer films confined within polymer networks with different values of shear modulus. The microphase separated copolymer films are shown to degrade by surface and bulk erosion depending on the relative rate of the chain breaking and water diffusion into the copolymer film. Specifically, degrees of swelling of the hydrophobic domains controlled by copolymer composition have a strong effect on the degradation kinetics of the films. There is a competitive substitution of the solvent by hydrophilic fragments of degraded film depending on their affinity to the network strands. Characteristic for diffusion-controlled processes, t1/2 scaling dependence of the network interface displacement is observed. The evolution of the film structures is quantified by analyzing the film scattering function S(q). The peak position in the scattering function associated with interdomain spacing shifts toward smaller q values and disappears as copolymers degrade. The dispersity (Đ) of the degraded fragments is found to be a universal function of the fraction of broken bonds p independent of the copolymer composition and structure.