Researchers in the Schoenfisch Group have employed a simplified diffusion cell methodology to measure the diffusion coefficient of nitric oxide, NO, through phosphate buffered saline, PBS, and artificial sputum medium, ASM, an in vitro analog for airway mucus. Diffusion through the proteinaceous ASM yielded a significantly lower diffusion coefficient compared to PBS, which is attributed to both the physical obstruction by the mucin mesh and reactive nature of NO radicals towards the biological compounds in ASM. 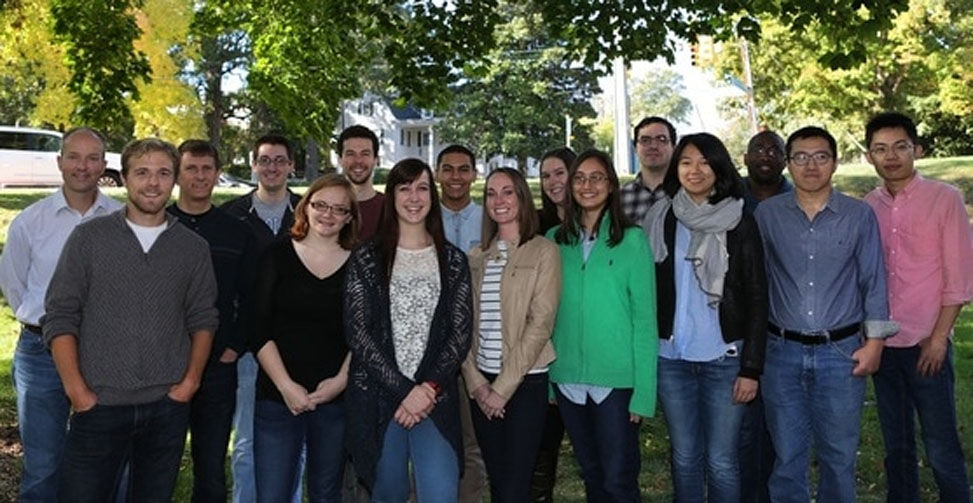 To further confirm that ASM was restricting NO from diffusing freely, a macromolecular propylamine-modified cyclodextrin donor, CD-PA, was employed to release the NO more slowly. The NO diffusion characteristics in ASM via the NO donor were also slower relative to PBS. As NO is likely to interact with lung cells after passing through the mucus barrier, the diffusion of both NO and the CD-PA macromolecular NO donor through differentiated lung tissue was investigated with and without an ASM layer.

Comparison of NO diffusion through the three diffusion barriers indicated that the lung tissue significantly impeded NO penetration over the course of the experiment compared to PBS and ASM. In fact, the diffusion of CD-PA through the lung tissue was hindered until after the release of its NO payload, potentially due to the increased net charge of the NO donor structure. Of importance, the viability of the tissue was not influenced by the NO-releasing CD-PA at bactericidal concentrations.

While the diffusion cell methodology employed herein elucidated the impact of mucus on the diffusion of NO, it can easily be applied to other biological solutions containing large proteins or biomolecules, for example, from simulated wound fluid or blood, to better understand the effect of those environments on NO diffusion and activity. Moreover, this methodology provides a simple way to measure the diffusion coefficient of volatile, dissolved gases, for example, hydrogen sulfide and carbon monoxide.