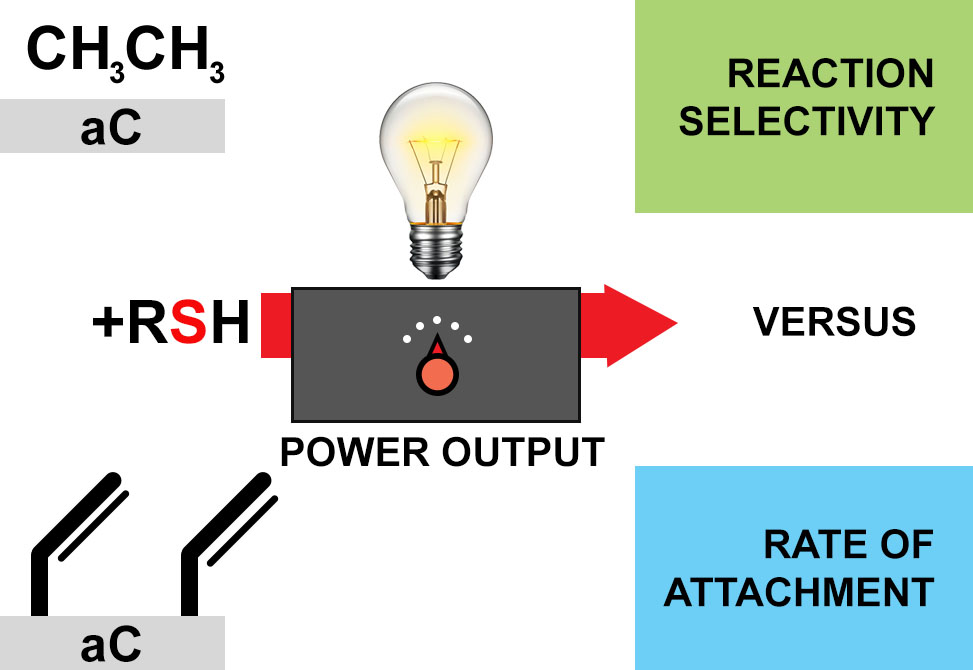 Click chemistries provide a straightforward means of imparting a desired physical property, reactivity, or function to a material through the covalent attachment of molecules to its surface.

Researchers in the Lockett Group previously prepared amorphous carbon, aC, films with terminal thiol groups. These groups allowed us to uniformly modify or selectively pattern the surface with a light-promoted thiol–ene reaction. Work published in the Journal of Physical Chemistry, builds upon our previous success, generating vinyl-terminated aC films.

The vinyl groups are also compatible with thiol–ene reactions but afford faster rates of attachment and greater coverage when compared to similar reaction conditions carried out on a thiol-aC film. To the group members' surprise, thiol-containing molecules also attached to control surfaces containing terminal methyl groups or hydrogen atoms.

With a series of experiments, the Lockett group members show that the formation of a thiyl radical precedes reaction with the surface and that the lamp output power influences both the rate and selectivity of this attachment. These results suggest that greater control of the light source is necessary when performing surface-based reactions, determining reaction selectivity, or elucidating a mechanism of attachment.