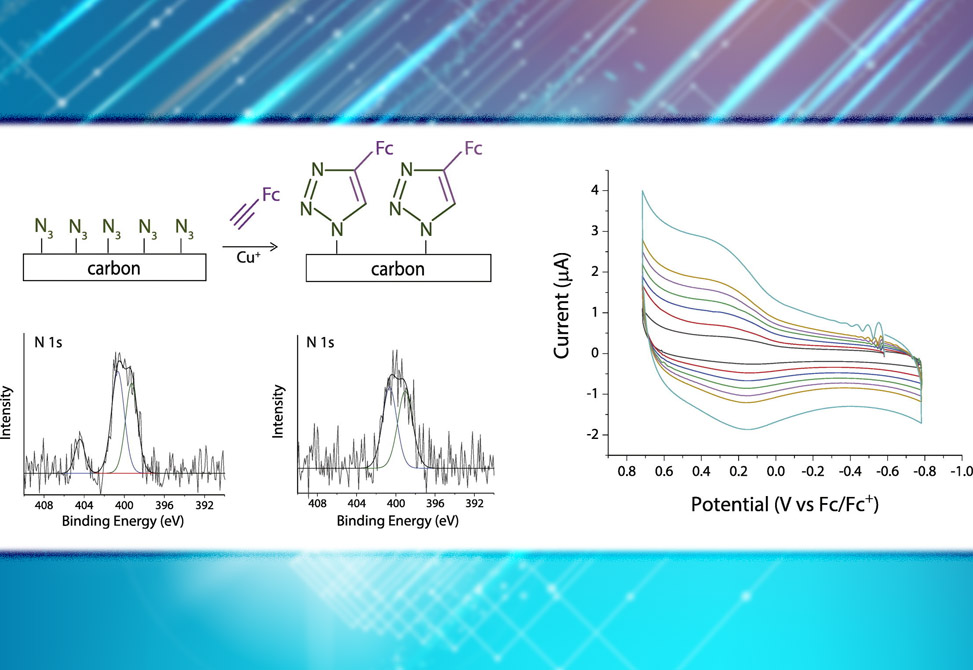 Current chemistries used to modify the surfaces of metal oxide semiconductor films are susceptible to hydrolysis and degrade at high, positive potentials. Amorphous carbon, aC, films are an attractive alternative to metal oxides for the preparation of chemically modified electrodes, with surfaces and surface chemistries that are stable under atmospheric conditions and in solution.

The results presented by Julia and Catherine, suggest that these films will support the attachment of chromophores, providing a stable interface that can, unlike alkylphosphonate-metal oxide linkages, withstand the reaction conditions used in dye-sensitized solar cells and dye-sensitized photoelectron synthesis cells.