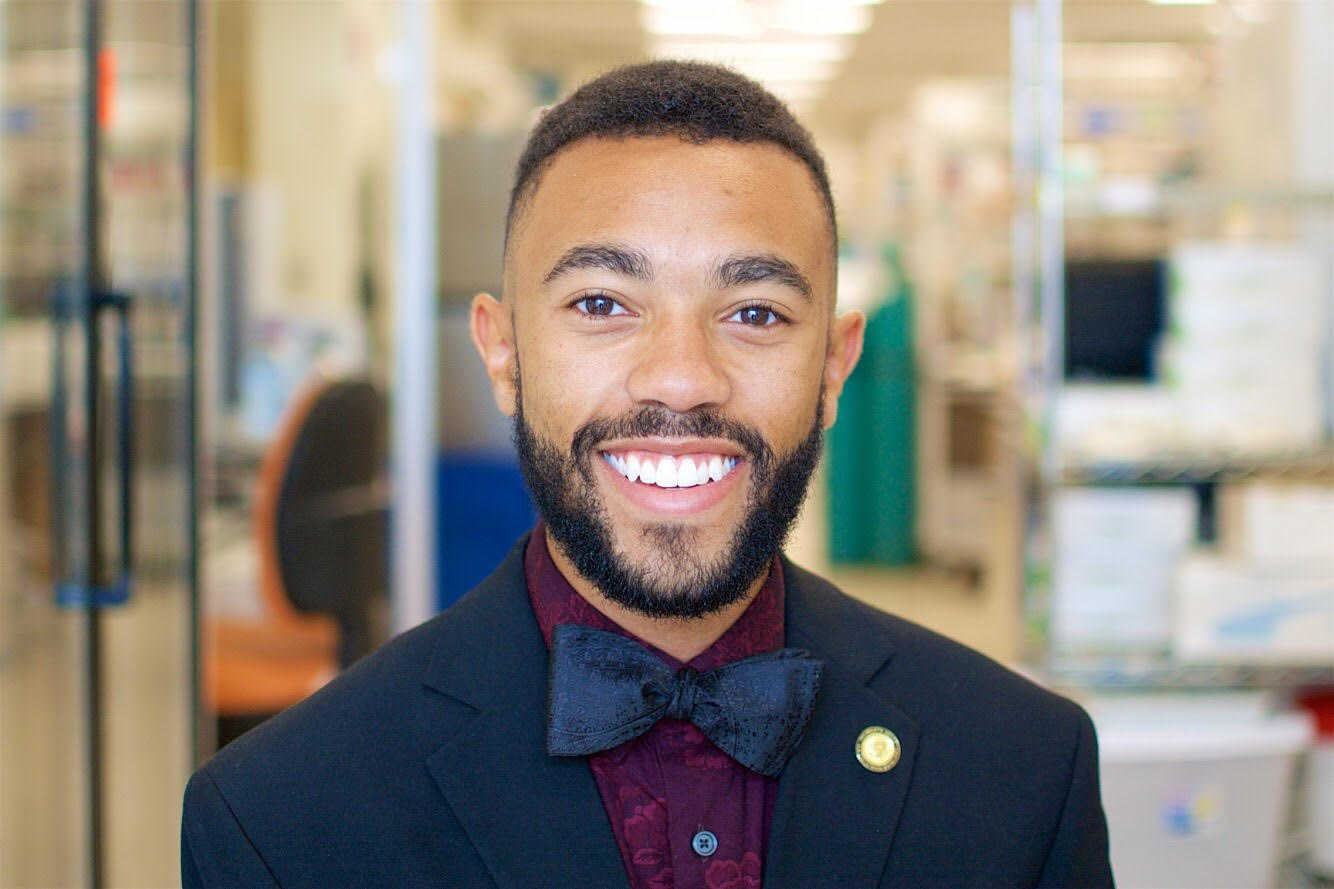 Graduation is the ultimate culmination of your time at college. For the class of 2020, the special milestone marked an odd end to what is supposed to be a celebration of the dedication, perseverance and hard work put in over the last four years. It was a bittersweet time for last year’s graduates as they celebrated the completion of their degrees and relinquished the timeless graduation traditions. Graduating amidst a pandemic meant graduates did not get to follow in traditions like signing their names in the Bell Tower or, most importantly, walking across the stage and celebrating with their fellow peers and families in Kenan Stadium. Class of 2020 alum Alton Gayton, who received a B.S. in chemistry, reflects on his time at Carolina, what it was like to graduate during a global pandemic and shares more on his current doctoral studies in virology at Harvard Medical School.

Q: What drew you to Carolina Chemistry?

A: I’m a firm believer that some things really do happen for a reason. When I was applying to college, I knew I wanted to study chemical engineering so that I could work on improving renewable energy technology to make them more accessible and affordable to third–world countries. Being from upstate New York, I had no real allegiance to any of the North Carolina schools growing up. As a way to integrate my brother and I into the collegiate scene when we moved to North Carolina, my parents bought us UNC and Duke rugs, shirts and house keys—don’t worry, I was the one surrounded by UNC stuff. Funny enough, I wanted to go to NC State for their chemical engineering program, but it was the only school I didn’t get into. Then, as the college decision day approached, I was leaning heavily towards a small school back in upstate New York. When I woke up on decision day, something inside my heart and my head was saying Carolina. I don’t know what that something was, but it ultimately provided me with opportunities and experiences I didn’t know existed.

Q: How did you make the decision to major in chemistry?

A: I volunteered with the National Energy Education Development Project throughout high school, teaching other students and teachers around the country about renewable energy. Originally, I wanted to study chemistry to improve renewable energy technologies. In my first year, I took BIO 101 with Dr. Kelly Hogan and was so fascinated by the molecular biology aspects of the course, I pivoted my major to the biochemistry track so I could take more biology classes. The following semester, I took a genetics course with Dr. Hogan, which sparked my initial interest in biochemistry. Using some of the foundations of the class, I later became interested in infectious diseases, because if you boil viruses down enough, you’ll realize that they are basically little bundles of genetic information that contain the right combination of instructions to take over a cell.

Q: What was your favorite memory about #uncchemistry?

A: It’s a pretty “cheesy” memory, but it’s one that really defined me as a scientist. Right after we learned about intermolecular forces and rudimentary principles of physical chemistry in an intro class, I was studying for an upcoming exam and decided I wanted mac and cheese. After pulling the cup from the microwave, I looked at the steam coming off the pasta and thought, “Oh my goodness it makes so much sense now.” It was something so small, but I realized that I would be able to explain so much of what happens around me on a day-to-day basis now that I was learning about chemistry.

Q: What was your favorite research project?

A: I spent the summer before my senior year researching at the Broad Institute of MIT and Harvard. There, I asked whether common chemicals found in food could induce bacteriophage reactivation in bacteria found in the gut, in the context of inflammatory bowel disease. Although I ultimately ran out of time to get to my original question, I was able to express and characterize previously unknown lysogenic bacteriophages found in IBD-associated strains of bacteria isolated from patients. A highlight of that summer was getting to present my work and engage in scientific debate with the founder of the Broad Institute and now Presidential Science Advisor in the Biden Administration, Dr. Eric Lander.

A: Admittedly, graduating in the Class of 2020 was strange. For years, I teased my brother and cousins about having the best graduation year, only to have the script flipped on me. All the celebratory plans I had with my friends and family for the spring and summer were stripped away. I couldn’t say goodbye in–person to professors who meant a great deal to me. Sure, finishing up my last chemistry exam was accompanied by a (big) sigh of relief and finally holding my diploma felt surreal. Still, there wasn’t one big event or time that closed the chapter of my undergraduate experience, and nothing could compare to being in a sea of Carolina blue caps and gowns pooled together in Kenan Stadium as I had seen in pictures.

Q: What is one piece of advice you would give to the Class of 2021?

A: Be kind. The world needs it more than ever now. It doesn’t take much, and it could really make someone’s day.

A: I just started a Ph.D. in virology at Harvard Medical School this past fall, and the timing could not be any stranger. In my personal statement for grad school, which I would like the record to show that I wrote in the late summer/early fall of 2019, I began by highlighting a statement from the CDC that said we would not be ready for the next pandemic. And then that winter came and ... well, you know the rest of the story.

Q: What are your career aspirations?

A: My dream job would be to serve as director of the CDC or lead projects at the U.S. Army Medical Research Institute, depending on if I decide to take a more public health stance or continue with biomedical research. These dreams could very well shift over the next 5-6 years, but as long as I’m doing meaningful work and it’s something I enjoy, I welcome the change with open arms.

A: I’m always looking forward to connecting with fellow Tarheels! Whether you’re still in college and want to ask questions about grad school, or you’re finished with classes for good and just want to say hi, I’m always willing to chat!