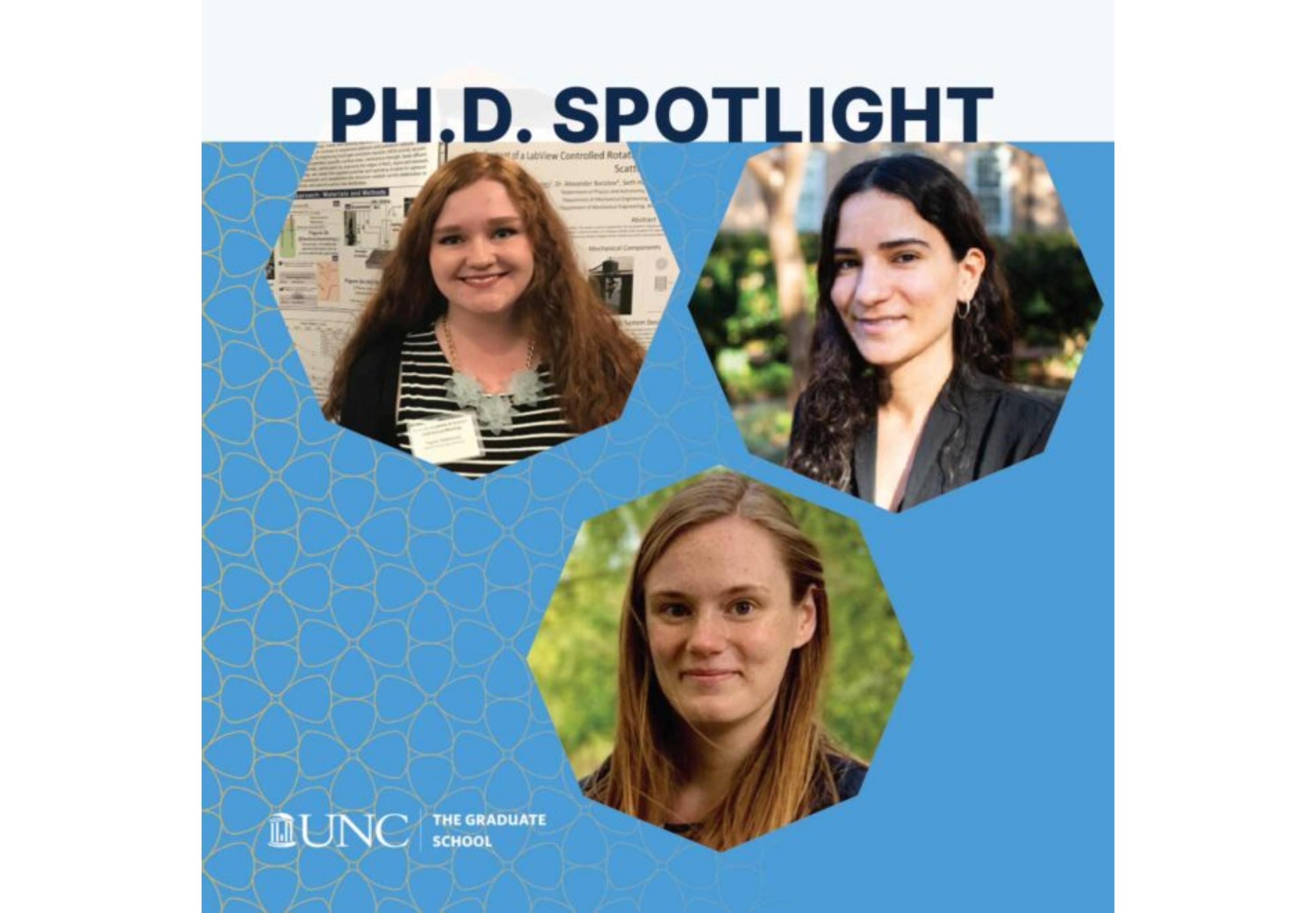 In 2020, Department of Physics Ph.D. first-year student Taylor Robinson came to UNC-Chapel Hill during the height of the COVID-19 pandemic and met many others in her graduate student cohort for the first time through a computer screen. The onset of the pandemic compounded the already-rigorous pursuit of a graduate degree; Robinson found support from a student-led peer mentorship initiative that eased the transition from undergraduate to graduate student.

“My classmates and I weren’t really able to meet in person,” Robinson said. “That was isolating. It was hard because I had just moved here. I wasn’t having that traditional, first-year graduate student experience.”

Prior to the pandemic, Department of Chemistry Ph.D. candidate Tayliz Rodriguez, active in a bevy of initiatives on campus that support women and minorities in STEM, saw a need for peer mentorship based on the results of a departmental survey. In 2018, Rodriguez began work, alongside Ph.D. candidate Morgan Clark in the Department of Physics and Astronomy, to outline how a peer mentorship program might be designed and what it might provide to students.

After having taken a workshop in effective mentoring offered by Brian Rybarczyk, assistant dean for academic and professional development at The Graduate School, Clark and Rodriguez reached out to Rybarczyk as they sought to launch a similar initiative in their respective departments. The result is Graduate Achievement Through Mentorship (GrAM), now part of the Allies for Minorities and Women in Science and Engineering organization for which Rodriguez and Clark serve as co-presidents.

“Brian has been absolutely amazing,” Rodriguez said. “He helped us to design the program, what it would look like, how the trainings would unfold, and how to communicate about it. We’ve also really been able to tailor the trainings to our departments.”

Supporting students through opportunities for professional development is a primary aim of The Graduate School, which supports more than 7,000 graduate students from all areas of campus. The professional development program supports students no matter the path they take—whether they pursue academia or an industry-based career. Rodriguez said she consulted Rybarczyk often when it came to seeking advice about being a teaching assistant, professionalism in the lab, and how to design peer mentorship programs to suit both department’s needs.

Clark, from Rochester, New York, said the first year of graduate school can be taxing, and she wanted to foster connections with graduate students who had already completed their first year of study.

“It’s been fun seeing how excited and invested our students are in helping out other students,” Clark said. “We’re hoping that building more of a peer-support system will help women, minorities, and others feel like they have a place and a support network. I hope this will give people the sense that they belong here and that there are other people like them.”

Both Clark and Rodriguez worked to carefully document their own best practices so that other departments across campus might be able to implement similar peer-mentorship initiatives. Mentor-mentee pairs meet at least once a month and discuss a multitude of topics, including issues of diversity, equity, inclusion, to how to join a laboratory. They also discuss career paths, and bring in leaders from outside the University to discuss effective networking.

Clark and Rodriguez’s efforts have benefitted dozens of graduate students in their respective departments, both of which are in the College of Arts & Sciences. Clark said their goals include retaining graduate students and to build support networks, including for graduate students who may not have attended a large, public, research-oriented university during their undergraduate years. Rodriguez also said the initiative aims to offer resources for students about mental health and wellness, in addition to academic resources.

“We’re trying to overcome barriers,” Clark said. “We’re invested in making sure that our departments are inclusive and welcoming and are also advocates for graduate students.”

Robinson, now a second-year student, is a mentor in the peer mentorship initiative and said the connections to students made her feel validated and supported.

“I knew I wasn’t alone, despite how tough the first year was,” Robinson said. “It felt nice to talk about how tough the work was with people who had already been through it.”