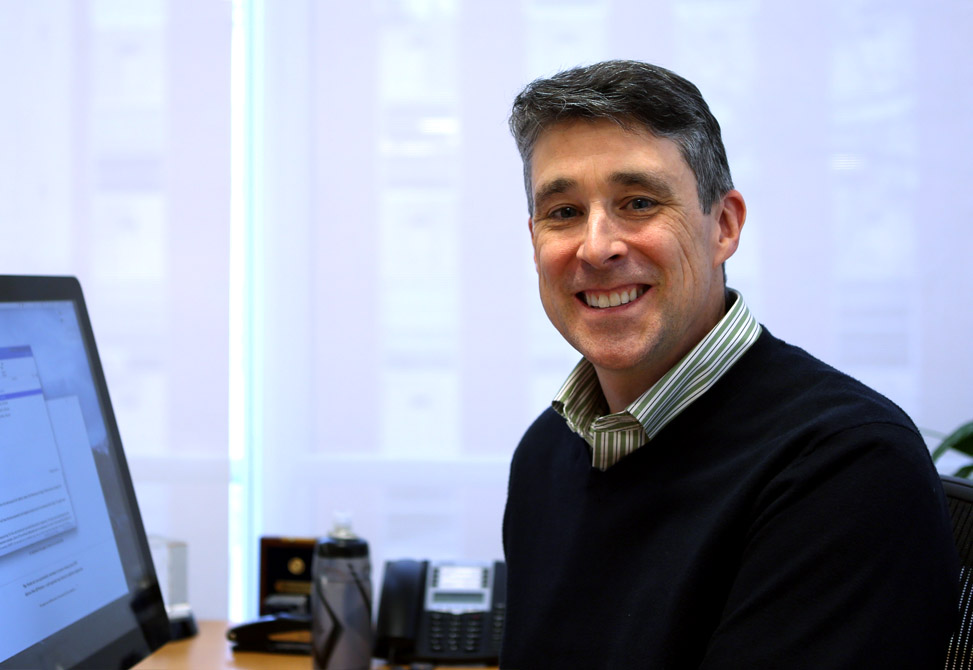 Kenan Distinguished Professor of Chemistry, Biochemistry and Microbiology, Jointly appointed with the School of Medicine 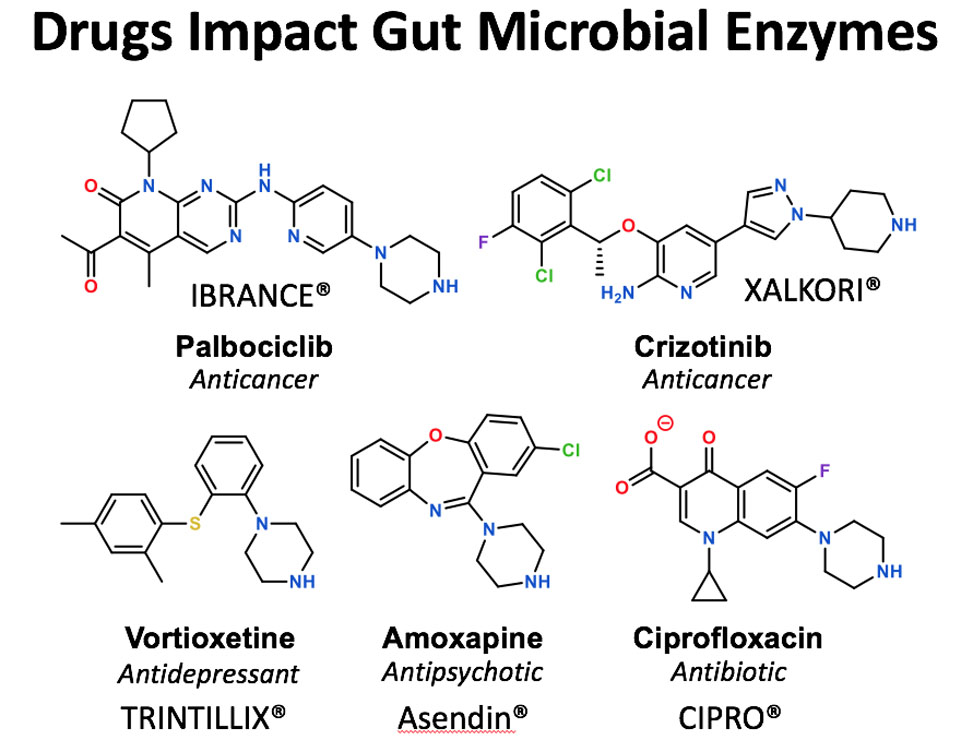 GUS enzymes are members of the glycoside hydrolase family of enzymes, some of the first examined in detail. Yet, in spite of decades of effort, the work presented by Pellock and colleagues shows that distinct, piperizine-containing compounds, including many current drugs, can potently inhibit the reactions carried out by these enzymes by replacing water in the second half of their catalytic cycle. The research suggests that GUS enzymes in the gut can be potently controlled using these reagents.

Gut microbial GUS proteins are important for the efficacy and tolerance of a wide range of drugs, which reach the gut as drug-glucuronides and can serve as GUS substrates. Blocking the reactivation of drugs in the gut using such reagents has been shown by Redinbo and collaborators to block the toxicity of cancer drugs and NSAIDs. This work further shows that existing drugs are impacting the gut microbiota in previously unknown ways, and with consequences that have yet to be appreciated.

Work published in PNAS by graduate student Michael Little, and led by Professor Matthew Redinbo, has shown for the first time how a group of gut microbial pathogens control the expression of a key operon of factors when a certain source of energy is available. They have focused on the Enterobacteriaceae, a family of opportunistic gut bacterial pathogens that include microbes like Salmonella, Shigella, Yersinia and Escherichia coli. These bacteria can grow up in the damaged GI tract and lead to local or systemic infections, and they are unique in the gut microbial world in that they encode their b-glucuronidase, GUS, enzyme and related glucuronide scavenging machinery on a operon controlled by a single transcription factor, GusR.

In work by Little and colleagues, the structures of GusR proteins from Salmonella and E. coli are presented, and they are shown to respond to glucuronide conjugates found in the human GI tract, and in response to these compound they up-regulate the expression of GUS activity. This work shows that these relatively trace organisms in the complex gut microbial milieu have a "turbo-charger" to express GUS to get the glucuronide sugar as an energy source, and suggest that these microbes may be reliant on GusR and GUS during infection, which could lead to new therapeutics to block subsequent infections.

Discovery Blocks Cancer Drug's Toxic Side Effect
Findings published in Science from the Redinbo Group, in collaboration with UNC School of Medicine, the Albert Einstein College of Medicine, and North Carolina Central University, may lead to the elimination of a debilitating side effect of CPT-11, a widely used but harshly potent treatment for colon cancer.

The team of researchers, led by chemistry professor Matthew Redinbo from the University of North Carolina at Chapel Hill, has discovered that it is possible to target and block the enzyme, beta glucuronidase, which is thought to play a major role in causing the drug's side effects. "In a manner of speaking, we cured the bacteria's sweet tooth without damaging the microbes or intestines and, in the process, the drug's toxic side effect was alleviated," said Redinbo.

Study co-author, Sridhar Mani, professor of medicine and genetics at Einstein, said the severe diarrhea caused by CPT-11 can sharply limit the dosage that cancer patients can receive. "Our tests showed conclusively that the inhibitor identified by our UNC colleagues prevented diarrhea in mice that were also receiving CPT-11. We are hopeful that clinical trials will show that administering this inhibitor when patients start taking CPT-11 allows for improvement in the drug's anti-tumor effect in patients with cancer."

Listen to "The Story" interview with Dick Gordon on WUNC, November 9, 2010 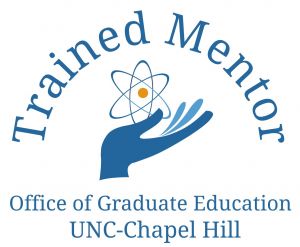 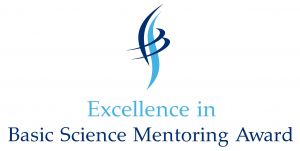 Researchers in the Redinbo Laboratory use the tools of structural, molecular and chemical biology to examine a range of dynamic cellular processes central to human health.
Current projects include the discovery of new antimicrobials targeted to drug-resistant bacteria, the design of novel proteins engineered to detect and eliminate toxic chemicals, and the development of small-molecule to cell-based methods to improve anticancer chemotherapeutics.
We also continue our focus on determining the crystal structures of macromolecular complexes, including those involving human nuclear receptors central to transcriptional regulation, bacterial proteins involved in DNA manipulation and human cell contact, and enzymes central to key cellular processes. 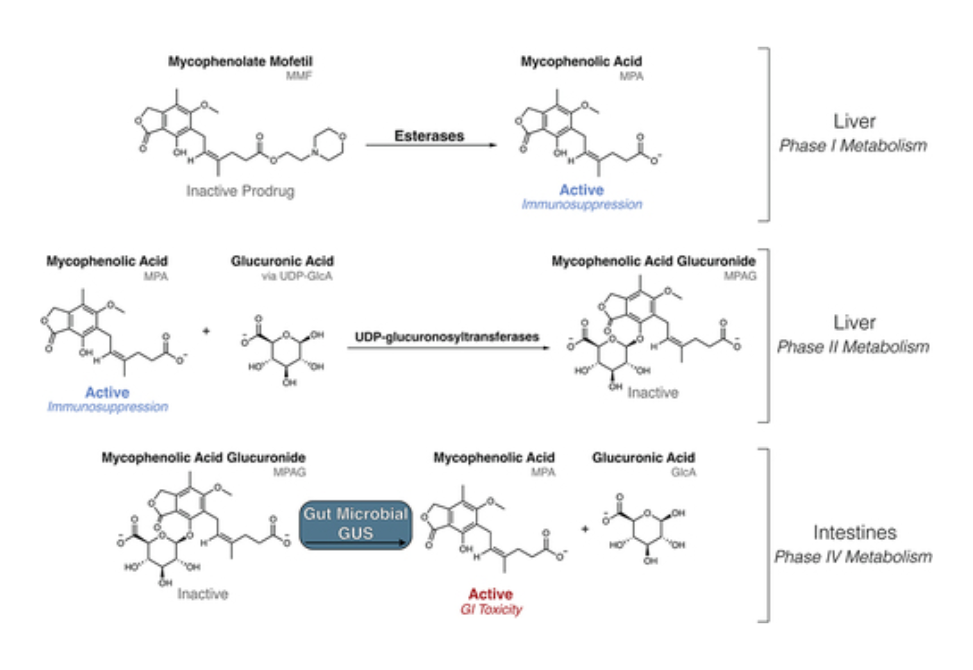 A structural metagenomics pipeline for examining the gut microbiome 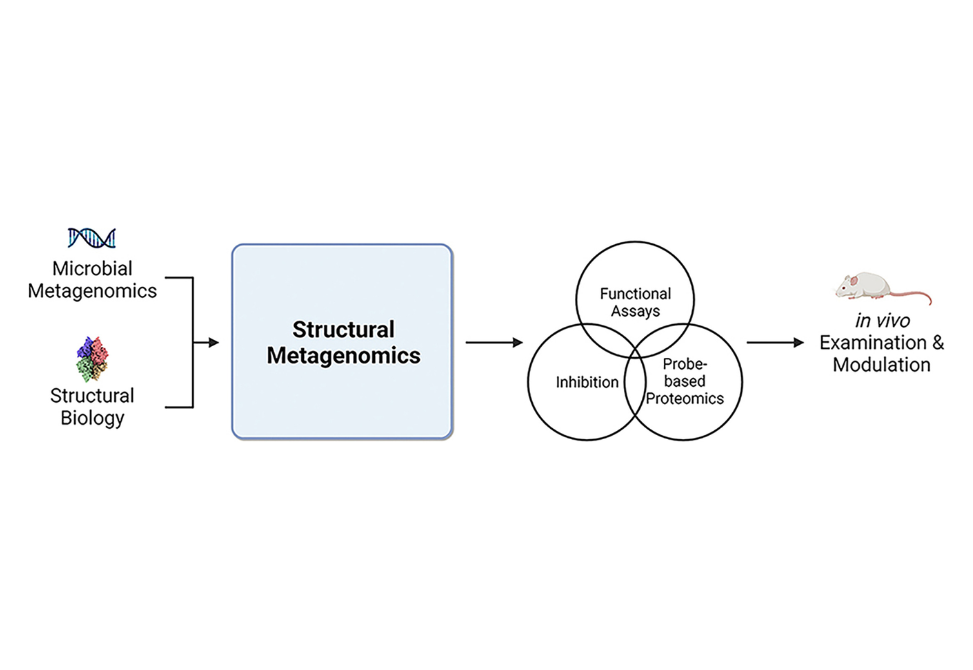