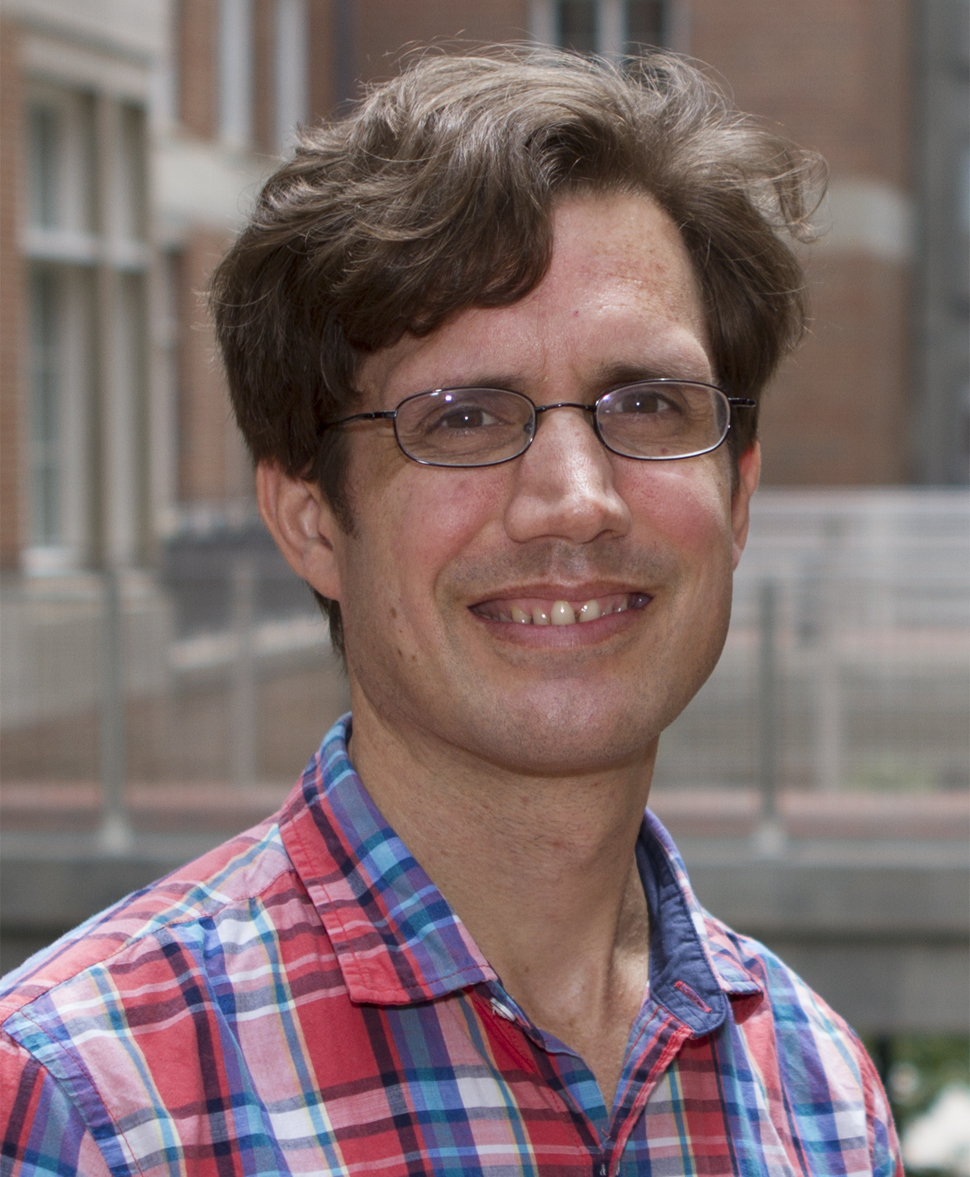 Knowledge of charge transport mechanisms informs the development of novel photovoltaic materials. For this reason, transient absorption spectroscopies are often conducted on isolated systems to characterize elementary energy and charge transfer processes. In these experiments, a “pump” laser pulse initiates charge transport and a “probe” laser pulse tracks the concentrations of photoexcited species as a function of time. Unfortunately, there is no guarantee that the species observed in such ex-situ experiments are functionally significant. For example, charge carriers that relax by emitting light do not contribute to the electric current produced by a device but can still be observed by transient absorption spectroscopy. Our group has developed time-resolved photocurrent spectroscopies to eliminate the ambiguities associated with conventional transient absorption methods. We apply a sequence of laser pulses to a photovoltaic cell and measure the nonlinear response of the photocurrent. Charge carrier trajectories are determined by varying the wavelengths of the laser pulses in addition to the times at which they arrive at the device. With this approach, charge carrier mobilities can be decomposed into contributions from specific paths taken through the active layer of a photovoltaic cell. Our newly developed techniques provide fundamental insights into carrier transport mechanisms and establish practical metrics of device performance. These methods are now being applied to photovoltaic devices based on semiconductors and polymers. 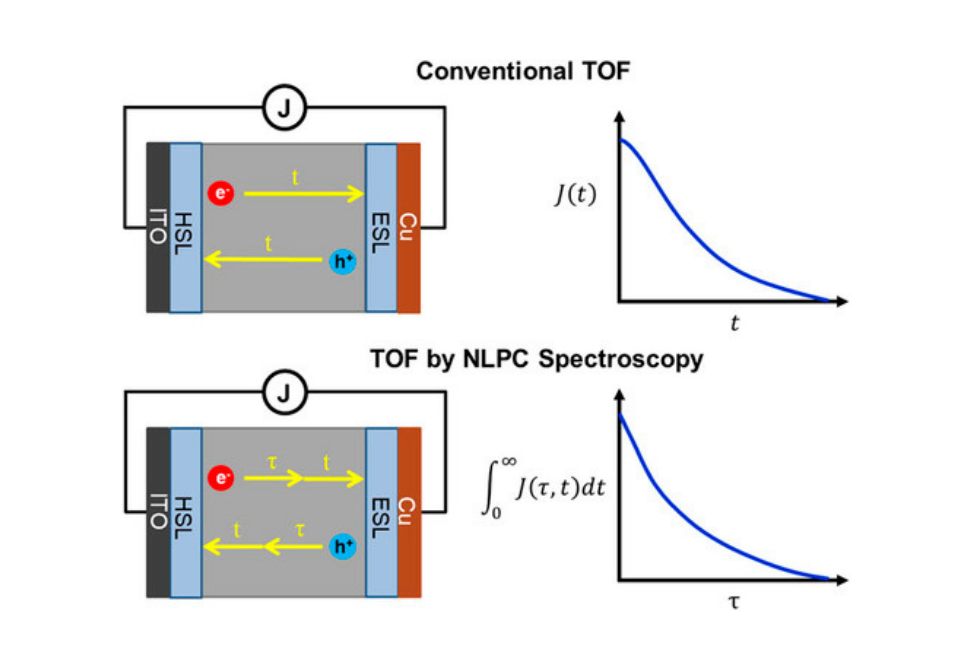 We present a multidimensional time-of-flight technique in which carrier transport is tracked with a second intervening laser pulse. 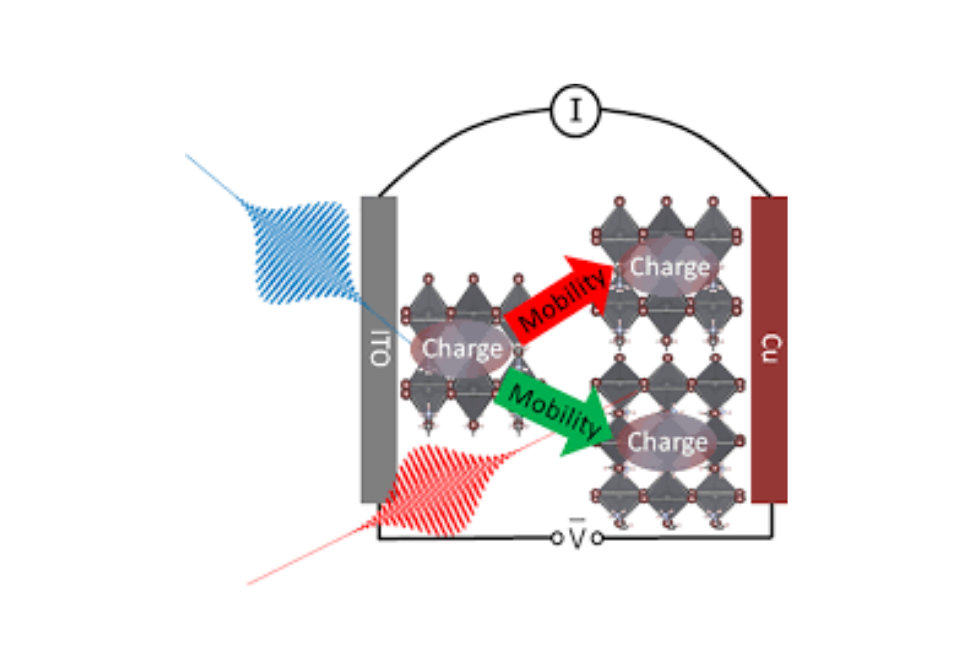 In this Letter, we use nonlinear photocurrent spectroscopy to selectively target charge transport processes within devices based on layered perovskite quantum wells. The photocurrent induced by a pair of laser pulses is directly measured in this “action” spectroscopy to remove ambiguities in signal interpretation.