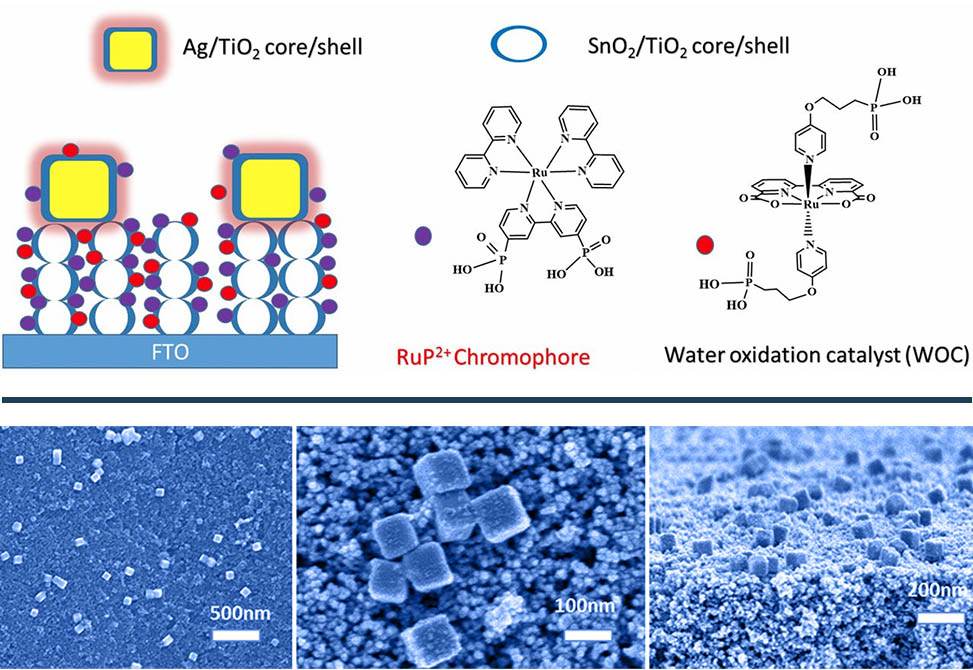 Dye-sensitized photoelectrosynthesis cells, DSPECs, provide a flexible approach for solar water splitting based on the integration of molecular light absorption and catalysis on oxide electrodes. Recent advances in this area, including the use of core/shell oxide interfacial structures and surface stabilization by atomic layer deposition, have led to improved charge-separation lifetimes and the ability to obtain substantially improved photocurrent densities.

In work published in PNAS, researchers in the Thomas Meyer Group investigate the introduction of Ag nanoparticles into the core/shell structure and report how this leads to a nearly twofold increase in the photocurrent generated by the interface under identical conditions. At the microscopic level, the impact of the plasmonic effect is extraordinary.

Additional improvements in light collection maybe possible by varying the surface architectures to integrate a greater population of immobilized RuP2+ sensitizers in close proximity to the Ag nanoparaticles.