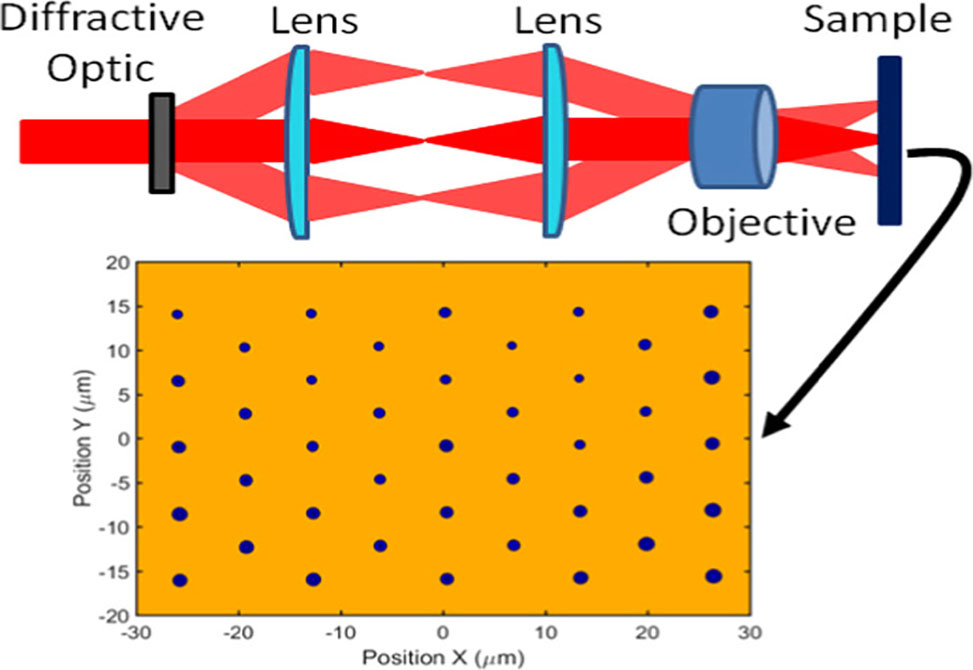 In work published in The Journal of Physical Chemistry C, scientists in the Moran and You groups, describe how carrier diffusion is imaged in a perovskite film and crystal, using a newly developed transient absorption microscope. Wide-field imaging is combined with a diffractive optic-based beam geometry to conduct 41 transient absorption experiments in parallel in this experimental setup. This configuration allows statistics to be quickly compiled with a 1 kHz laser system.

Diffusion coefficients of 0.01 and 0.20 cm2/s are obtained for the methylammonium lead iodide film and crystal, respectively. The data presented by the two groups suggest that the dynamics in the film are dominated by intensity dependence of the carrier lifetimes as opposed to carrier diffusion. The small diffusion coefficients determined in the film are attributed to the presence of grain boundaries.